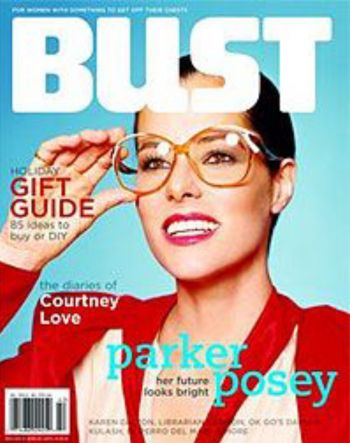 Bust magazine has admitted that it “unintentionally published plagiarism.”

An article on teenage shoplifters in the magazine’s August/September print issue “plagiarized quotes and reporting” from Tasbeeh Herwees’ 2016 Good magazine article, according to a note on its website. “In our fact-checking process, we failed to discover the plagiarism, which we are very embarrassed about,” the magazine’s statement reads. “If we had known the piece included plagiarism, we would never have published it.”

The magazine apologized, saying it was the first time in 25 years it has been hit with a plagiarism scandal. Bust is a women’s lifestyle magazine published six times a year and online, according to its website.

The magazine also will implement more fact checking and “a closer vetting of the freelancers who pitch us,” Bust said. Further, Bust said it is paying the writer who was plagiarized its “full writers’ fee.”

In an e-mail, Bust managing editor Emily Rems, who edited the story in question, told iMediaEthics that “we had never used this writer before. We hired her based on the merit of her pitch and the writing skills she demonstrated in her pitch.” She said the writer’s explanation for plagiarism was that she didn’t know better — that she didn’t know she was supposed to cite Herwees.

“In the future, we will Google every quote that every writer submits,” Rems told iMediaEthics. “Though in this story, that would have been difficult because it was our understanding that the majority of the quotes included in the piece were from Tumblr posts that had since been taken down because they were explicit descriptions of illegal acts.”

Rems added that the entire article wasn’t plagiarized. “The majority of the piece was original, and it went through extensive rewrites in-house at BUST,” Rems wrote. “The problems were with two quotations that we thought were redacted from Tumblr that actually came from another woman’s reporting, one quote from an expert that we thought came from our reporter’s research but actually came from that other writer’s reporting, and three paragraphs of background research on the history of kleptomania that had been lifted from the original writer’s piece with the wording changed somewhat.”

Bust said it found out about the plagiarism from Herwees’ tweets, which called out the Bust article. Herwees wrote: “Not only does the author lift quotes from ORIGINAL INTERVIEWS I DID without attribution!!! but she also lifts all the research i did looking into kleptomania and how middle class white women were medicalized for it. like, the same quotes!!! and it’s so poorly written!”

Herwees told Jezebel she found out about the plagiarism from a friend and was “legitimately shocked.”

there is a feature story in this issue of @bust_magazine about teenage shoplifters called "shoplifters of the world" that lifts word-for-word quotes from the story i did about back in…. 2016 https://t.co/e5kGEWg3Oe

Not Discriminatory to write about Woman's relationship with a chandelier, IPSO rules
Lawsuit against U Mass student newspaper over police blotter story thrown out