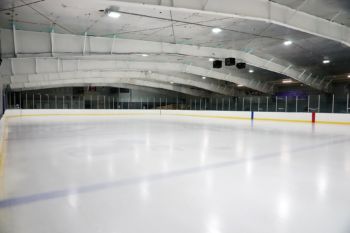 Allen discussed Cherry’s firing on air and said she didn’t “worship at the alter of hockey” and that she thought those who did “all tended to be white boys who weren’t, let’s say, very nice.” Allen also said “they were not generally thoughtful, they were often bullies,” according to the Toronto Sun.

In a Twitteer statement, CTV said:

“CTV’S THE SOCIAL is based on opinion and debate about current issues, and we often hear from viewres who don’t agree with some of the perspectives on the show.

“However, Jessica Allen’s comments about hockey have generated an extraordinary response. We’ve been touched by the stories we’ve heard from Canadians everywhere, including families from Humboldt, about what the game means to them. That matters to us.

“We would like to apologize to everyone who was offended by the remarks, and let you know your feedback sparked much debate and introspection at THE SOCIAL and CTV. We won’t restrict our hosts from offering their opinions on an opinion show, but we’ll always listen to viewers when they offer theirs.”

Allen also apologized for her remarks, sayng in part :

“I shared that I had had unpleasant experiences in high school and university with hockey players in order to address a larger concern: Don Cherry reminded me of these boys I knew. And I wondered if his influence might have even contributed to the behaviour I’d experienced. I’ve received many photos of children from rightfully proud hockey parents asking me: Does this mean my daughter, my son, are bullies because they play hockey? My answer, once again, is no. I do not believe that all hockey players are unkind, affluent bullies.

“I do have regrets. I regret saying that my experiences were personal instead of underlying that they were specific episodes from determined moments with particular individuals. As a result, I offended many people. Not just our viewers, but parents, children, coaches, volunteers and hockey families everywhere. To you I apologize.”

iMediaEthics wrote to CTV to ask how many complaints it received. We also tweeted Jessica Allen.