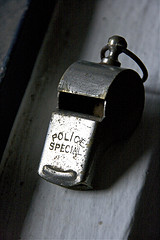 “The Supreme Court is sending a case involving a Globe and Mail reporter who refused to identify a source back to the Quebec Superior Court with a clear set of guidelines on the issue,” the Business Journal reported.

Now, journalists in Quebec can protect their anonymous sources if they can prove “that the public interest in shielding confidantes does not threaten the administration of justice,” the Montreal Gazette explained.  The ruling came as a result of Globe and Mail reporter Daniel Leblanc who has been trying to protect the anonymous tipster who led him to a story on federal misspending.

“The big victory is the recognition of journalistic work, the protection of sources that has to weigh in the balance when these issues are raised in court,” Leblanc is quoting as saying in The Montreal Gazette’s report.