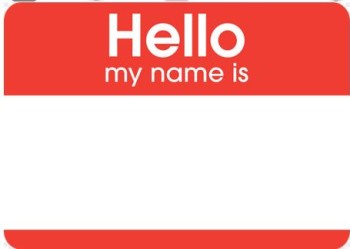 Canadian media is barred from publishing the name of Rehtaeh Parsons, a teenager who died last year. (Credit: Wikipedia)

The Chronicle Herald in Nova Scotia chose to violate a publication ban and name Rehtaeh Parsons, the teenager who died by suicide in April 2013 after having been the victim of bullying and an alleged gang rape from which photographs were circulated.

A Canadian judge issued a ban on Canadian media naming Parsons because the photos her accused rapists took amount to child pornography. However, Parsons’ parents said they wanted her to be named to help advocate on her behalf. Because of the ban, news outlets have to identify her in stories as “a high profile child pornography case” Jezebel noted.

In a Nov. 24 story on a 19-year-old man who pleaded guilty to distributing child pornography, the Chronicle Herald explained its decision to break the ban.  The 19-year-old “admitted sending two young women a photo that showed him having sex with Rehtaeh, then 15, from behind while she vomited out a window in November 2011,” according to the Chronicle Herald. Parsons’ parents say the photograph is evidence of a sexual assault.

In response to the publication, Constable Pierre Bourdages, a public information officer with the Halifax Regional Police, told iMediaEthics by e-mail the police received three complaints “all stemmed from social media.”

“The investigation has been assigned to the General Investigation Section for follow-up,” Bourdages said. “Ultimately, there is a court order in place preventing the use of the victim’s name in relation to the ongoing court case. We do not issue court orders and have to investigate potential breaches of such orders.”

“We’ve decided to publish the name of the victim in this story, despite a court-ordered ban. We believe it’s in the public interest in this unique case, given the widespread recognition of Rehtaeh Parsons’ name, and given the good that can come, and has already come, from free public debate over sexual consent and the other elements of her story.

“Rehtaeh’s parents want her name printed, and Judge Jamie Campbell, who upheld the publication ban, wrote in his decision that “the ban serves no purpose,” though he had no choice but to uphold it. Waiving Rehtaeh’s privacy rights “would be a good thing, if it could be done just for this case, just this once,” the judge wrote.

“It is difficult for readers to follow a news story when the name associated with it is omitted, and we want to inform Nova Scotians of the outcome of this legal case. We would like to reassure other crime victims that their own court-ordered privacy rights will be respected as always.”

“Her name should be a part of the story and she would never have wanted to be silenced. The ban in this case was inappropriate,” he said, according to the Herald.

Columbia Journalism Review noted that in May “four Canadian media outlets even challenged the publication ban in court.”

iMediaEthics has written to the Herald for more information.