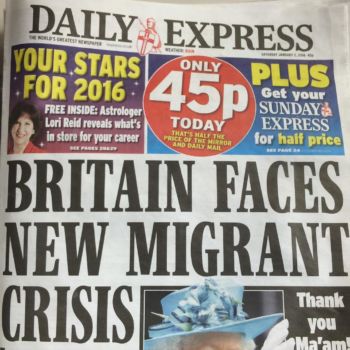 At least two UK news outlets reported on a staged video as if it were real. The video showed car drivers intentionally splashing a policeman on the road.

The Express‘s story, “Footage shows road rage motorists splashing policeman after UK storm – can you be fined?” was published Feb. 17. It noted that “other motorists questioned the reliability of the video with some quick to brand the video a fake.” iMediaEthics has written to the Express to ask if it intends to correct.

The Sun‘s article link now goes to an error page and it has published a correction admitting the mistake. The Sun’s March 10 correction reads:

“It has since been brought to our attention that the video was staged and did not depict a genuine incident. We are happy to make this clear”

iMediaEthics has written to the Sun.