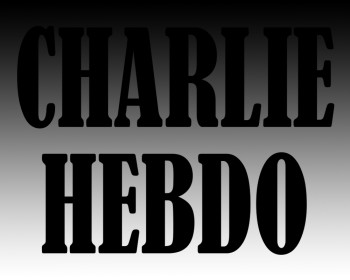 Charlie Hebdo is in the news again but not for its depiction of God or Muhammad like in the past.

The French satirical magazine is facing criticism for its cartoon depicting the Syrian toddler refugee who died on a Turkish beach last year, Alan (or Aylan) Kurdi. The cartoon was headlined “Migrants” and the translated text reads,”What would little Aylan have grown up to be? Ass groper in Germany,” The Guardian reported.

The cartoon, by Laurent Sourisseau, shows two men chasing women. An inset drawing shows a child lying face down in the water, as Kurdi was found.

The image played off the reports of mass sexual assaults and robberies at the Cologne, Germany train station on New Year’s Eve. “Witnesses and the police described predatory gangs of mostly foreign men, including some refugees, groping and robbing young women,” the New York Times reported.

Kurdi’s aunt, Tima Kurdi, who lives in Canada, called the cartoon unfair. “I hope people respect our family’s pain. It’s a big loss to us. We’re not the same anymore after this tragedy. We’re trying to forget a little bit and move on with our life. But to hurt us again, it’s not fair,” she told the Canadian Broadcasting Corp, adding that she thought the cartoon was “disgusting.”

The cartoon has been called both “offensive and racist,” CNN reported.

Charlie Hebdo has published cartoons of Kurdi on the beach before, Christian Science Monitor reported.  In September, the magazine published a cartoon showing Kurdi dead in the water with a McDonald’s billboard in the background. Another one was captioned “Christians walk on water” but “Muslim children sink.”

iMediaEthics has written to Charlie Hebdo for comment about the criticism of its Kurdi cartoon.

Earlier this month, several news outlets, including the Associated Press, didn’t publish the cover of Charlie Hebdo‘s issue marking the one-year anniversary of the deadly attacks on the magazine’s offices  by radical Muslims, as iMediaEthics wrote at the time.  The cover depicted God as a terrorist.