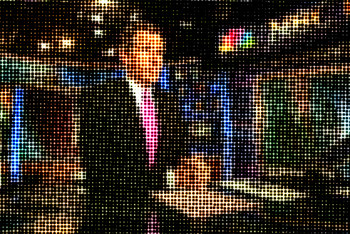 NBC News falsely reported last night that one of the suspects accused of attacking satirical magazine Charlie Hebdo was dead.

However, hours after NBC News’ claims, NBC changed its tune.

Often those types of errors are not properly corrected and instead rowed back and attributed to breaking news reporting. However, NBC will correct its error tonight during its Nightly News broadcast, Politico reported an NBC spokesperson said.

NBC Nightly News had reported at 6:34 PM via Twitter the death of one of the attackers (below).

BREAKING: 1 suspect in the Paris attack has been killed and the remaining 2 are in custody, senior U.S. officials say – @PeteWilliamsNBC

BREAKING: MORE: 1 suspect in Paris attack has been killed and the remaining 2 are in custody http://t.co/S08y5AqiaA pic.twitter.com/eK7uSeuktW — NBC Nightly News (@NBCNightlyNews) January 7, 2015

Then, Pete Williams, the NBC News reporter who had incorrectly reported the death of one of the attackers, said during an 8 p.m. on MSNBC, according to Politico and CNN: “To be fair here we just don’t know exactly what the situation is in France tonight. We were told earlier this evening from two U.S. counterterrorism officials that one person was dead and two have been arrested, but there are other U.S. officials that say they haven’t been told that.” NBC News also back-tracked on Twitter:

Also in an article on NBC News’ website, Williams reported: “After a long day of rapidly changing information, U.S. counterterrorism officials said Wednesday night that they cannot be certain of the status of the three suspects in the Paris attack on Charlie Hebdo magazine. Information from French sources has been contradictory, they said.”

Williams went on, “Earlier Wednesday, two senior U.S. counterterrorism officials told NBC News that one of the suspects in the attack had been killed and that two others were in custody. However, the officials later said the information that was the basis of that account could not be confirmed.”

An NBC News spokesperson explained to CNN its sources had been “consistently reliable” but they walked back its reporting “as soon as it became evident that our sources doubted their information.”

iMediaEthics is writing to NBC News for more information.

Earlier, iMediaEthics reported on news outlets that decided against publishing cartoons from Charlie Hebdo and their reasoning. Part 1 is here. Part 2 is here.

The Associated Press took down a photo “Piss Christ” after saying it wouldn’t show Charlie Hebdo cartoons because of their provocative nature.

See all of iMediaEthics’ coverage thus far on Charlie Hebdo.