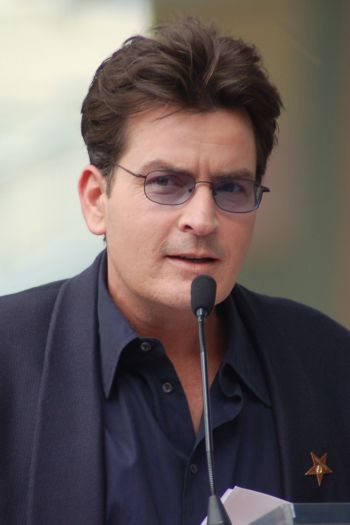 The National Enquirer claimed actor Charlie Sheen raped the late actor Corey Haim when Haim was 13 years old and Sheen was 19.  Now Sheen is suing the tabloid for libel.

“HIV-infected Charlie Sheen is finally being unmasked by The National ENQUIRER as a twisted child molester — the ruthless adult rapist who child star Corey Haim said sodomized him and pushed him down a drug-fueled path to an early grave!”

Sheen’s libel lawsuit against National Enquirer, its parent company American Media, the Enquirer‘s editor Dylan Howard and Brascia (who was quoted in the article), is uploaded here. Haim died in 2010.

iMeddaEthics contacted American Media. In response to the lawsuit, a spokesperson said, “We look forward to litigating against Charlie Sheen, and can’t wait to expose his depravities in a court of law.”

The lawsuit calls the claim “particularly egregious, hurtful, and disgusting,” and claims that the Enquirer‘s editor Howard published the story “because of a personal vendetta that arose after he was unable to be the first to break the story that Mr. Sheen was HIV positive.” The lawsuit also notes that “Haim’s own mother has publicly and categorically denied that any sort of sexual rendezvous occurred between her son and the Plaintiff.”

In a November interview with Dr. Mehmet Oz on the Dr. Oz Show, Haim’s mother, Judy Haim, denied the allegations against Sheen and claimed her son had  “a form of sex” with Brascia, the Los Angeles Times reported. iMediaEthics has contacted Brascia via e-mail for a response.