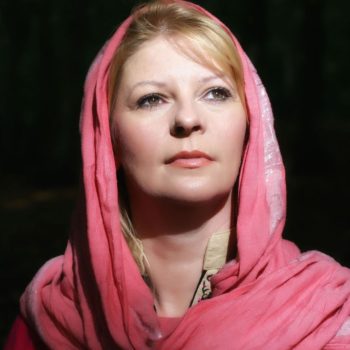 It was fair game for the UK Daily Mail to claim Lauren Booth — the half-sister of Cherie Blair, the wife of former UK Prime Minister Tony Blair — had “become a cheerleader for Islamic zealots,” the UK press regulator the Independent Press Standards Organisation ruled.

Booth, whose website says she is a “journalist, broadcaster and human rights activist,” complained the Jan. 11 article was inaccurate and discriminatory, alleging the print and online article said her husband was a bigamist and that she backed groups that supported “Islamic zealots.”  The online article was headlined, “How Cherie’s sister has become a cheerleader for Islamic zealots: Twice bankrupt, and living as a Muslim convert with a ‘husband’ who has a second wife around the corner, she’s now raising cash for a deeply troubling cause.”

iMediaEthics has contacted the Mail and Booth to ask about the complaint. We’ll update with any response.

Booth argued the article falsely claimed her husband Sohale Ahmed “is still married to his former wife and is a bigamist,” which she said was false because “Ahmed was not married to both women at the same time.” She denied she was in an “adulterous couple” and said that her and Ahmed’s house wasn’t “interconnected” with Ahmed’s former wife. In addition, Booth complained about the Mail‘s use of quote marks around marriage and husband when referring to her relationship with Ahmed. Booth wrote for the Guardian in 2010 about converting to Islam.

Booth further said she wasn’t “arguable extreme” religiously, that she didn’t gossip about or report on the Blairs to boost her journalism career, that she quit instead of being fired from Al Jazeera and that she didn’t make her daughters wear hijabs.

“She disputed that the charity Helping Households under Great Stress (HHUGS) funds the families of terrorists and is ‘notorious’, as the charity does not solely work with the families of men under investigation for alleged terrorism offences,” IPSO reported.

The Mail stood by its article as accurate, noting that Ahmed “entered into an Islamic marriage” with Booth but was still legally married to his former wife. Further, the Mail explained it called the households of Ahmad’s first wife and his with Booth as interconnected because the houses are close by.

The Mail argued it was fair comment to say Booth’s politics were a “far-flung outpost of the political spectrum,” pointing to Booth’s support of CAGE charity, which called ISIS terrorist Jihadi John a “beautiful young man,” and her support of HHUGS, which had given funding to an ISIS fighter’s family. As to its claims about Booth using her half-sister’s family for news articles, the Mail referenced its database which “found 72 articles written by [Booth] which included references to the Blairs,” including articles that directly used her relationship to Tony Blair as news hooks.

IPSO agreed with the Mail that it didn’t inappropriately describe Ahmed’s legal and religious marriages with two different women and that it didn’t make any “significant” inaccuracies. IPSO also said it was fair to use quote marks to distance the terms marriage and husband around Booth’s relationship with Ahmad since they weren’t legally married.  The dispute over whether Booth was fired or quit wasn’t “significant” because it was a vague passing reference to her short time with Al Jazeera. Because the characterizations of the two charities Booth is involved with was clearly commentary, not fact, IPSO ruled that was fine as well.

Concerning the hijab matter, IPSO said the Mail was accurate to say Booth’s daughters wear hijabs and noted that the Mail didn’t actually claim Booth made them. In fact, the article just commented that her daughters were often “similarly attired” as Booth, who wears a “colourful hijab.” And IPSO dismissed Booth’s complaint about the Mail describing her as “pale-skinned” because it is “relatively unusual within her new community” and the thrust of the article referred to her conversion to Islam.