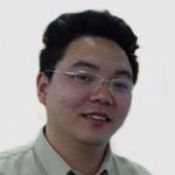 This photo shows Zhang Hong who was recently dismissed as a top editor for helping to write a widely circulated editorial that condemned the Chinese government. (Credit: guardian.co.uk)

A local reporter failed to sway the Chinese government through journalistic means and instead found himself both under fire––and fired.

The Associated Press reports Zhang Hong, 36, the former deputy editor for the Beijing-based website, The Economic Observer, was recently dismissed for his part in a controversial joint editorial published last week by 13 major Chinese newspapers that attacked the country’s government.

The treatise, titled “Request for Representatives at the Two Meetings to Hasten Reform of the Household Registration System,” ran in newspapers, financial publications, and regional dailies.  It was strategically published on March 1, a few days prior to the legislative sessions, the largest annual political event in China, in which more than 5,000 political figures gathered.

The editorial boldly criticized the country’s hukou system, a 50-year-old policy that limits people to study and work only in their place of birth.  Several government services, such as education, are directly linked to a person’s hukou status, so that those who relocate from their specified area lose access to certain benefits.

“We believe in people born to be free and people possessing the right to migrate freely,” the editorial asserted.  The article swiftly vanished from cyberspace, but it was still picked up and circulated by international press, resulting in Hong’s sudden dismissal.

The New York Times reports, on March 9 Hong released a letter in Chinese (translated by The Times Beijing bureau) for “selected Chinese and international journalists” in which he commented on the editorial and expressed his concern with the hukou system: “My father’s generation endured so much hardship because of the household registration system, and many of my friends or even the next generation will still suffer greatly because of this system.”

Although the coup was a collaborative effort involving several other journalists, the immediate and harsh backlash prompted Hong to remove the names of all others involved in the project.  “I don’t dare to take credit for the work of others, but at the same time I am not willing to put the blame on someone else,” he explained.

The editorial represents mounting frustration with the Chinese government by many citizens and journalists, as well as the ongoing debate about ending the household registration policy.  While it is deemed unconstitutional and antiquated by some, supporters of the system argue that it helps prevent overpopulation in already crowded cities.

In recent months, the Chinese government has publicly proposed reform of the hukou system as a top priority, suggesting its willingness to change.  But the media attention caused by the publication of Hong’s editorial has sparked reports that the Chinese government will soon require domestic journalists to study Marxist and communist theories of news in an attempt to limit the freedom of the press.

In an email correspondence to verify information in a recently published South China Morning Post article, reporter Raymond Li, confirmed that in a one-on-one interview with Li Dongdong, deputy director at the General Administration of Press and Publication of China, she said plans are underway to instate a system that will require Chinese journalists to take an exam, making knowledge of Marxist and communist journalism ideologies essential.  In the March 11 article Dongdong went on to say that directors and top editors are expected to receive separate training from her agency and the training program is expected to complete within the next three to four years.

“No matter what your field of study, if you are not taught about the history of Chinese Communist Party journalism [and] the Marxist view of news and media ethics, you cannot pass the tests,” Dongdong said.