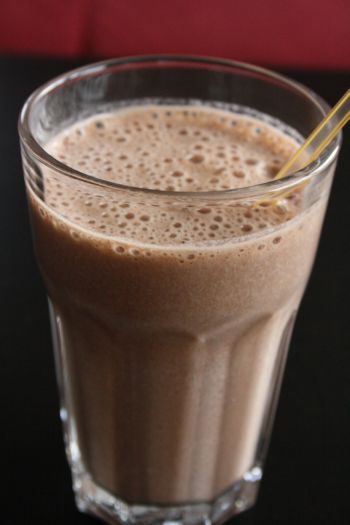 Do 7 percent of Americans really think chocolate milk comes from brown cows? Probably not, but a non-scientific survey created by dairy advocates, as part of a marketing effort, said so.  The problem is that the media then picked up on the survey even though the council that promoted the survey admits it isn’t scientific.

NPR reported on that survey but shouldn’t have, NPR public editor Elizabeth Jensen argued in a recent column. “I just don’t think NPR should have played along” with the National Dairy Council and Innovation Center for U.S. Dairy survey.

When Jensen asked the National Dairy Council for the survey, the council didn’t provide it and instead admitted “this was not a scientific or official market research piece and never was intended to be.” The council’s spokesperson further suggested the survey wasn’t a real representation of public opinion by noting to Jensen that the council’s survey also found 43% would quit social media if they were given free ice cream for a year. iMediaEthics has written to both the National Dairy Council and Innovation Center for U.S. Dairy to ask for a copy of the survey and its methodology.

“NPR’s role is not to parrot marketing campaigns, no matter how lightheartedly, with no independent reporting,” Jensen wrote. “Acting as a public relations news service has never been NPR’s role, but it’s particularly important to disavow it in an era where Americans are already intensely skeptical about the news media. In the current atmosphere, the credibility of even the smallest stories matters.”

Jensen noted that prior to her column, Columbia Journalism Review criticized news coverage of the survey, including that of the Washington Post and NPR. The Washington Post‘s June 15 story mentioned the survey and then focused on Americans being “basically agriculturally illiterate.” The story didn’t note that the survey wasn’t scientific.

iMediaEthics wrote to NPR to ask if, after this incident, the network will adjust how it reports on surveys. We also asked if NPR and the Post saw an actual copy of the survey and its methodology before its story, or if they only reported on a press release or other news outlets’ coverage.

NPR told iMediaEthics by e-mail, “We weren’t trying to give this survey the same sort of ‘serious’ coverage that we would if it had come from medical journal or major polling operation. We may not have made it clear enough to the audience that this wasn’t a scientific survey and our attempt to convey some humor may not have worked as well as we hoped. As always, we’ll try to learn and do better.”

“We described the findings of the Innovation Center of U.S. Diary as an online survey, indicating to readers that the results were not the product of a scientific poll or academic study. We used the data as a jumping off point for a broad and richly reported piece about Americans’ lack of knowledge about their food sources. As Caitlin Dewey wrote: “the most surprising thing about this figure may actually be that it isn’t higher.”

In 2015, news outlets, including the Huffington Post, the New York Daily News and USA Today reported on a survey claiming a third of vegetarians eat meat when drunk, but in that case iMediaEthics found the first story on the survey was based on a press release. While we asked for a copy of the survey from the coupon website that originated the survey claims, we never heard back.