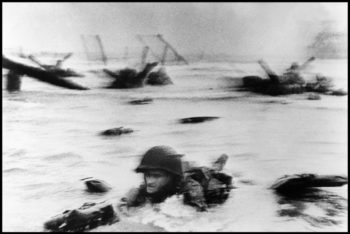 Editor’s Note: Photography critic A. D. Coleman submitted the commentary piece below about his experience researching Robert Capa and his now-iconic World War II D-Day news photographs.  He also discusses the problems he found with a report from U.S.-based National Press Photographers Association’s publication, News Photographer, on the Capa controversy provoked by the investigation conducted by Coleman’s team.

We are publishing Coleman’s commentary because we find it raises important issues in photojournalism ethics and journalism ethics. In the course of fact checking, we heard back from many of the main parties involved and have added their responses in bracketed italics throughout the text below.

Given the clear ties that NPPA, News Photographer, and its then-editor Donald Winslow have to the matter, iMediaEthics believes a disclosure should have been added to flag any potential or actual conflicts of interests for readers. They also failed to respond to Coleman’s ethics complaints or allow him any venue to voice his complaints as News Photographer has no comments section and didn’t publish his remarks.

Coleman’s piece is especially timely as in December 2016, marking John Morris’s 100th birthday, the former photo editor for Life Magazine essentially confirmed in a New York Times interview one of the author’s central claims, that only 11 iconic images were taken and the romantic tale of destroyed images didn’t add up. Morris’s comments to the Times confirm significant aspects of the research Coleman and his team undertook. Prior to publication, we again contacted Morris, Winslow and the author of the News Photographer piece in question, Bruce Young, for comment in light of the Morris-New York Times interview. Winslow and Young declined to comment on the record. We waited several weeks for a response from Morris, who we learned is ill, and after publication, Robert Pledge, co-founder and editorial director of Contact Press Images and editor of Morris’s book Somewhere in France, spoke with Morris in the hospital and told iMediaEthics Morris stands by his comments on the CNN ‘Christiane Amanpour’ show. – iMediaEthics

In 2015, News Photographer, the National Press Photographers Association (NPPA) magazine, published a feature article by Bruce Young about the legend of photojournalist Robert Capa’s adventures on D-Day and the fate of his photo negatives, including a controversial independent investigation debunking many of Capa’s claims.

Capa began his famous D-Day tale with his arrival at the “Easy Red” sector of the invasion site code-named “Omaha Beach” in Normandy on the morning of June 6, 1944, claiming that he came in with the first wave of invading U.S. troops. According to his account, he faced horrific enemy fire for 90 minutes while managing to use up his entire supply of black & white 35mm film (somewhere between two and four rolls of film, or 72-144 negatives) — only to have all but eleven of those historic frames accidentally destroyed in LIFE’s London darkroom. 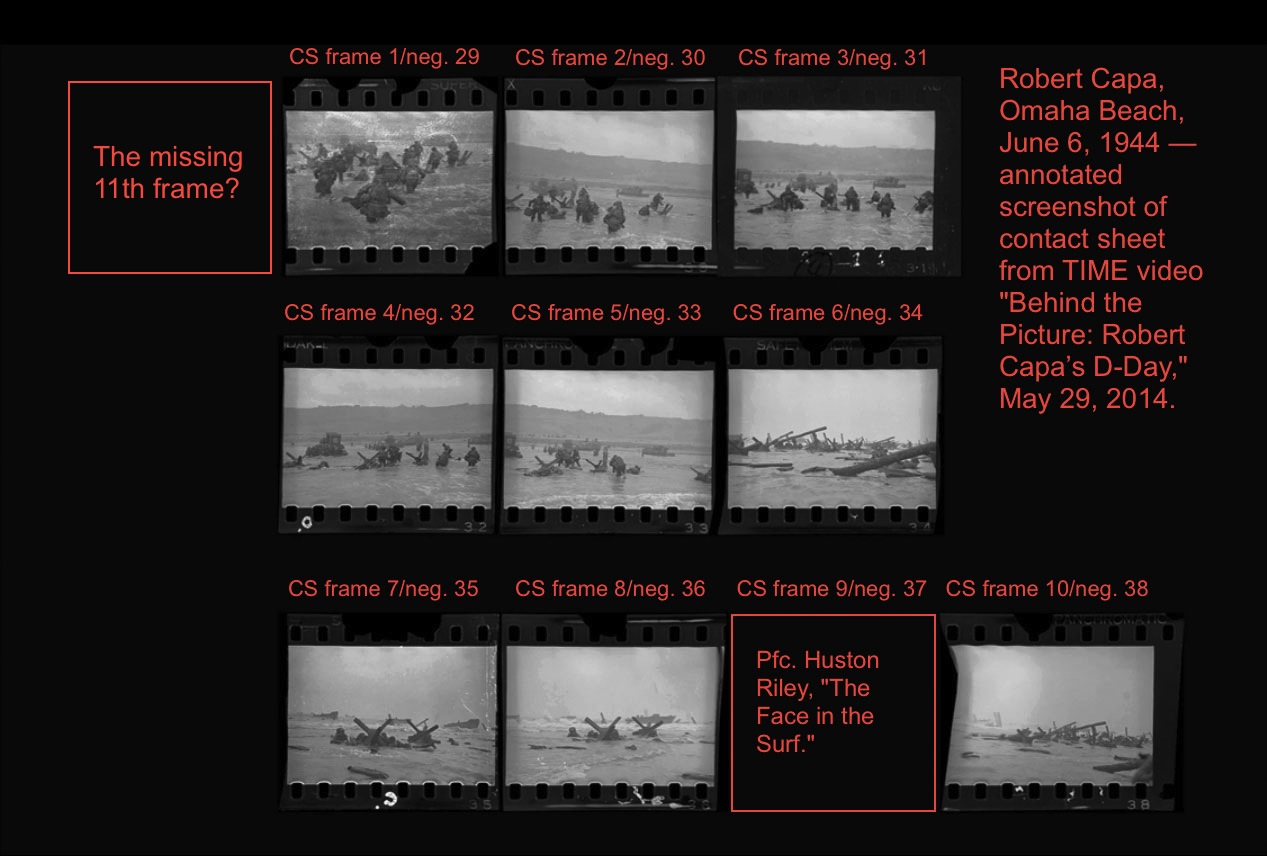 However, the research I have conducted and supervised, titled “Alternate History: The Robert Capa D-Day Project,” shattered that legend, which has been deeply embedded in cultural history and the lore of the medium of photography, one of the most widespread and enduring myths concerning the field of photojournalism.

My interest and investigation began in June 2014, when I published a Guest Post by Pulitzer Prize-winning photojournalist J. Ross Baughman on my blog, Photocritic International (photocritic.com). Baughman, himself an experienced combat photographer, found himself skeptical of the polished legend presented by John Morris in a feature article by Marie Brenner in the June 2014 issue of Vanity Fair and a 70th-anniversary video published on the Time website. (Morris was assistant picture editor in LIFE’s London office, responsible for handling the D-Day pictures turned in by the LIFE photographers assigned to the invasion.) Baughman offered me the opportunity, which I accepted, to publish his challenge to the myth.

In the process of editing, fact-checking, and finding source links for Baughman’s guest post, I realized that it raised more questions than it answered. As a critic and historian, I elected to expand on what Baughman had initiated, simply following my nose.

Along the way, photo historian Rob McElroy and military historian Charles Herrick joined in this effort, with Baughman making several additional contributions. The full result, an extensive deconstruction of the Capa D-Day myth, will wrap up later this winter. A book and touring exhibition based on our findings are in the works.

As the leader of that investigation, I’m well aware that it raises complex ethical issues concerning the professional behavior of a cluster of famous individuals and powerful institutions, beginning in 1944 and running through the present day. But I did not anticipate that it would evoke from a reputable professional society a startling breach of elementary journalistic ethics when it reported on Capa’s legend and our investigation.