Cop who Sold Milly Dowler story to Sun gets 18 months in jail, What about reporters who paid? - iMediaEthics

Cop who Sold Milly Dowler story to Sun gets 18 months in jail, What about reporters who paid? 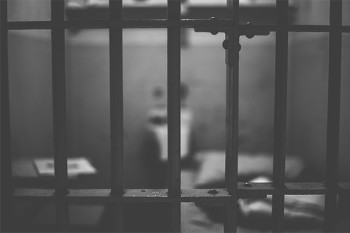 But what about the reporters who paid him?

“The Sun paid for the information, and the journalists who paid him underwent a trial which ended in a hung jury. At the present moment they await a retrial,” the UK Crown Prosecution Service told iMediaEthics by e-mail.

Quinn tipped off the newspaper to information in the murder investigation for 13-year-old Milly Dowler, who was found dead in 2002.  He told the Sun when police found a body in a river (that turned out to be someone else) in exchange for £500, Get Surrey reported.  The Sun then published a story “Milly: Body Found.”

“He had two paymasters, one was Surrey Police and the other was a media organisation to whom he sold information obtained in the course of his employment,” prosecutor Oliver Glasgow said, according to Get Surrey. “He abused the trust of the police in him, he brought the name of the police into disrepute.”

The newspaper paid Quinn  £7,000 for information between 2000 and 2011, when he resigned, the Press Gazette reported.  Contradicting that, Get Surrey reported that Quinn made “more than £11,500 in cash for tips and leaks.”

“Quinn accepts he received payments of about £7,000 but we maintain that he received £11,000 – this will be addressed through the confiscation proceedings which are ongoing,” the CPS told iMediaEthics by e-mail.

The money paid for information for 13 stories, according to Get Surrey.

Quinn pleaded guilty to misconduct in public office last year and was sentenced this month to 18 months in jail. He is the 27th public official convicted for swapping information for cash, the Press Association reported.

The conviction and Quinn’s actions “represents on any view a gross breach of trust over a lengthy period of time in which for all practical purposes you had not one but two paymasters,” the judge, Richard Marks QC said, according to Get Surrey.

Cop who Sold Milly Dowler story to Sun gets 18 months in jail, What about reporters who paid?