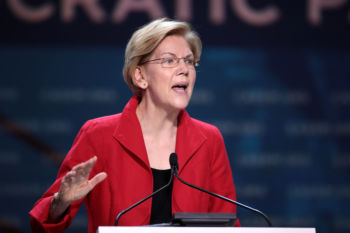 iMediaEthics’ latest collection of amusing or noteworthy corrections include a Sen. Elizabeth Warren misquote, a mix-up of Luke Skywalker and Obi- Wan Kenobi, and more.

“An article on 5 February last year reported on an interview that the former Arsenal forward Emmanuel Eboue gave to French TV in which he spoke about his ‘personal struggles’. We are happy to make clear that his ex-wife Aurelie Eboue did not abandon Mr Eboue leaving him financially destitute, she was not awarded all the couple’s assets following their divorce and has not refused him access to his children. We apologise if any contrary impression was given and for any distress or embarrassment caused to Aurelie.  “

“• Errors in names have crept into some recent pieces. A report about Caffè Greco facing closure listed “Sophia Lauren” as a customer of Rome’s oldest cafe. The Italian actor Sophia Loren was meant (Drinking in history, 19 October, page 4). Joanna Scanlon’s character in The Accident was called Angela, not Anna as a review of the TV drama said (25 October, page 18, G2). And a Weatherwatch column gave the last name of Michael Peterson, of the Los Alamos National Laboratory, as “Petersen” (29 October, page 40).”