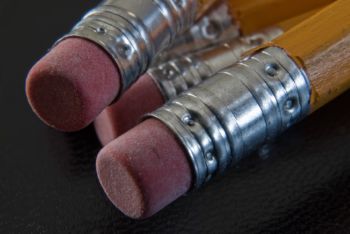 iMediaEthics’ latest round-up of corrections in the news media includes confusion between a nut tree and nut bush, Kate Middleton’s hair, and Gaza.

1.Nut bush or nut tree? A Sept. 7 NPR correction: A previous version of this review misspelled Lise Funderburg’s last name as Funderberg in several instances. In addition, the title of the essay “The Nut Doesn’t Fall Far from the F***ing Nut Tree” was given as “The Nut Doesn’t Fall Far from the F—king Nut Bush.” And the teaser description of the review incorrectly identified Mat Johnson as Mat Bergman.”

Recently, a hairdresser obtained a correction after a news outlet reported he shared information he shouldn’t have about Kate Middleton’s hair. Now, another royal correction has been obtained.

“In an article published on 28 July 2019 we reported that Mike Tindall had been warned to keep quiet about the Royal Family’s private lives. Following publication of the article, HM The Queen’s Communications Secretary has confirmed that to their knowledge there never has been such a conversation as outlined in the article nor was one planned. We are happy to set the record straight. “

iMediaEthics has freqeuntly written about news outlets using photos of the wrong person to illustrate a story. This happened yet again, according to a recent Mirror correction.

“In the Sunday Mirror of 7 July “Death Row Suicide drugs on sale to teenagers” we reported that a Roger Grainger, had committed suicide after an illness in 2016 without telling his wife Gaynor so that she would not be implicated.

“We illustrated this story with a picture of a different Roger Grainger and his wife Hazel, who had nothing to do with the story and are both very much alive.

“We would like to apologise to them most sincerely for the upset and distress caused and, to mark this, a donation will be made to the Millbrook Suite Cancer Unit at Kidderminster Hospital on their behalf.”

4. The BBC suggested Gaza was “under siege, like Aleppo and Sarajevo, rather than under a blockade.” The BBC’s Aug. 30 correction reads:

“We inadvertently implied in this programme that Gaza was under siege, like Aleppo and Sarajevo, rather than under a blockade. We have re-edited this programme to make the difference clear and to provide some more context about the nature of the Gaza blockade and the reasons for it.”