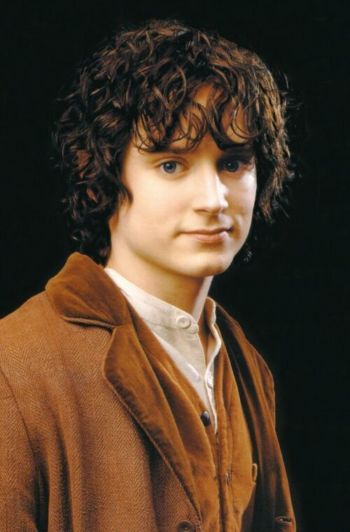 Elijah Woods as Frodo Baggins from Lord of the Rings (Credit: Wikipedia)

1. Politico started 2018 off with a noteworthy and entertaining error and correction, when it mixed up Lord of the Rings’ Frodo and The Godfather’s Fredo in a Jan. 3 article about “how the Bannon-Trump alliance collapsed.” The article describes the “falling out” between Pres. Donald Trump and Steve Bannon, and reported Steve Bannon calls Trump son-in-law Jared Kushner Fredo.

CORRECTION: An earlier version of the story misidentified the fictional character name Bannon uses to refer to Jared Kushner as Frodo, a “Lord of the Rings” reference, rather than Fredo, a reference to “The Godfather.”

Editor’s Note: Due to a reporting error, this story originally reported that Vkontakte had directly provided documents to Senate Judiciary Committee investigators about contacts between a company executive and the Trump campaign. TPM has no information on how the committee obtained the documents, and there is no evidence to suggest Vkontakte is cooperating with the investigation. We regret the error.

3. This week, Seattle alt-weekly The Stranger collected its “annual cavalcade of blunders, typos and errors in judgement” from 2017, which included getting names and ages wrong, wrongly reporting that “arts philanthropist and broadcast executive John Behnke” had died. One particularly noteworthy error was a September blogpost reporting that Tacoma’s News Tribune was about to make job cuts, but the story was based on a five-month-old article from the Seattle Times.  The Stranger wrote:

“On September 6, Stranger reporter Heidi Groover wrote a post on Slog, The Stranger‘s blog, headlined “More Job Cuts Coming to the News Tribune.” Ms. Groover hastily wrote that Slog post after seeing a mention of the news on Twitter. Ms. Groover wrote that “staffers at Tacoma’s News Tribune have been told to expect at least 10 job cuts,” and linked to a Seattle Times report detailing the cuts. However, that Times story was from five months earlier. We regret the error, and also whatever fresh panic it may have caused employees at the News Tribune.”

5. The BBC wrongly reported in November 2017 that Queen Elizabeth and Prince Philip were married in 1937. But, if that were true, the queen would have been a mere pre-teen, given that she was born in 1926. The couple was married in 1947.

The BBC correction reads, “Newsnight suggested that the wedding of the Queen and the Duke of Edinburgh had taken place in 1937. It was of course ten years later.”