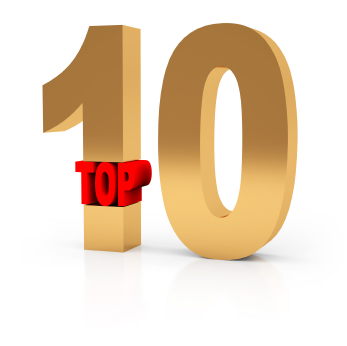 Posting transparent corrections is an important part of media accountability and ethics. But, sometimes the corrections themselves are newsworthy on their own, odd, or just plain entertaining. iMediaEthics frequently rounds up newsworthy and amusing corrections and, every year, presents our collection of the top ten corrections — the memorable or viral corrections that caught our eyes.

10. There’s a debate about whether hot dogs are sandwiches or not. The Louisville Courier-Journal came down hard on one side of the discussion, ruling that for its pages, a hot dog is not a sandwich. The Courier-Journal published this definitive correction to address stories nearly 150 years old.

9. Corrections are important, but so is getting the correction itself right. The Times of London admitted it erred in a correction, so it had to correct a correction. That corrected correction reads:

“In correcting our assertion that Chime was owned by WPP (Business, Sep 6), we mistakenly said that WPP sold 75 per cent to Providence Equity (Correction, Sep 7). In fact WPP held a minority stake, which it retained when Providence acquired the majority of the company in 2015.”

The Times‘ first correction, with the error in it, stated:

8. Star Wars fans take the franchise seriously. And there’s no time limit on a correction. As such, 40 years later, the Dallas Morning News published a correction for a 1977 article about Chewbacca. The correction reads:

“Our review of the original Star Wars, which appeared in The Dallas Morning News on May 26, 1977, incorrectly referred to Chewbacca as a ‘Wookie.’ The correct spelling, of course, is ‘Wookiee.’ We regret the error and apologize to the seven-foot-tall hairy alien biped community.”

7. Giving credit where credit is due, CSNChicago published a correction to a story to note that Reddit user @wetbutt23 had scooped the national media on a baseball trade. The correction reads:

“Correction: While no national media had this story, a Reddit user named “wetbutt23” had it last night. CSNChicago.com apologizes to wetbutt23 for the error. “

“An entry on Tuesday in the ‘What’s on TV’ highlights misstated the name of a category on the game show ‘Snoop Dogg Presents Joker’s Wild.’ It is ‘Primpin’ Ain’t Easy,’ not ‘Pimpin’ Ain’t Easy.’ (Sorry, Big Daddy Kane.)”

5.  GQ botched a headline, claiming Pres. Donald Trump didn’t call for the death penalty for the Las Vegas shooter. While that may be correct, it missed the important context that the shooter was already dead. As such, the GQ correction reads,

“Edit: An earlier version of this article used a headline noting that Trump had publicly called for the death penalty in the New York attack, but not the Las Vegas shooting in particular. That discrepancy is probably related to the fact that the Las Vegas shooter is dead. We regret the error.”

4. Singing in Mexican? The San Diego Union-Tribune reported a band was doing that, which is of course, not a language to sing in. The paper’s reporter explained the error occurred because he re-worded a sentence and didn’t change Mexican to Spanish. The Oct. 25 correction reads:

“Correction: A previous version of this story misstated the language that the rock band in Barrio Logan was singing in.”

3. The New York Times accidentally labeled Ivanka Trump, the daughter of Pres. Donald Trump, as his wife. In April, the paper published this correction:

“Because of an editing error, an earlier version of this article misidentified Ivanka Trump as President Trump’s wife. His wife is Melania. Ivanka is one of his daughters.”

2. Puerto Rico is part of the United States, but that fact eluded many of those reporting on Hurricane Maria, which devastated the the island this year. Engadget, for one, reported that Puerto Rico was an island nation separate from the U.S. Its correction reads:

“Correction: This post originally referred to Puerto Rico as an ‘island nation’ when it is a part of the United States. We apologize for the error.”

1. Earlier this year, the Washington Post reported that Sean Spicer, then-White House press secretary, was hidden in the bushes at the White House. That detail attracted lots of attention, even making its way into a Saturday Night Live skit. But, the Post corrected its May story to reflect that Spicer was actually “among bushes” and not “in the bushes.” The Post editor’s note reads:

“EDITOR’S NOTE: This story has been updated to more precisely describe White House press secretary Sean Spicer’s location late Tuesday night in the minutes before he briefed reporters. Spicer huddled with his staff among bushes near television sets on the White House grounds, not ‘in the bushes,’ as the story originally stated.”

See iMediaEthics’ roundup of the Top 10 Corrections of 2016.