Corrections: Sorry we said you were transgender, Which Thomas Frank & Where's Kosovo? - iMediaEthics

Corrections: Sorry we said you were transgender, Which Thomas Frank & Where’s Kosovo? 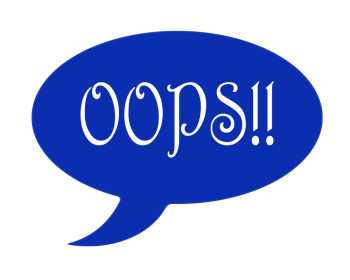 iMediaEthics rounds up interesting and newsworthy corrections every few weeks. Check out our latest collection!

1. The New York Times wrongly called someone transgender in an arts section article about gender-fluid artists. In that same article, the Times also mixed up portraits and self-portraits.

The Times‘ correction reads, “An article on Page 16 this weekend about the growing prominence of gender-fluid artists refers incorrectly to Diamond Stingily, an artist. Ms. Stingily is not transgender. The article also refers incorrectly to Sadie Benning’s series of photographs. They are portraits, but not self-portraits.”

2. The New York Times used the photo of the wrong Thomas Frank in September. The error is noteworthy because it accompanied a Sept. 5 story about CNN’s error in reporting on Anthony Scaramucci, which prompted a retraction from CNN and the resignations of three staff members who worked on the article. The Sept. 7 correction reads,

“A picture on Wednesday with an article about a report retracted by CNN was published in error. It showed Thomas Frank, a political analyst, historian and the author of ‘What’s the Matter With Kansas’ — not the former CNN reporter Thomas Frank, who wrote the CNN article.”

3. Errors of geography are not uncommon, even by the Wall Street Journal, which mixed up Serbia and Kosovo in a Sept. 2 map. The Sept. 5 correction reads,

“Kosovo was mislabeled as Serbia on a map of Albania and neighboring nations that was published Saturday with an Off Duty article about the Albanian town of Gjirokastra.”

“In correcting our assertion that Chime was owned by WPP (Business, Sep 6), we mistakenly said that WPP sold 75 per cent to Providence Equity (Correction, Sep 7). In fact WPP held a minority stake, which it retained when Providence acquired the majority of the company in 2015.”

The original correction, with the error in it, read:

5. In another error from the New York Times, the newspaper accidentally called Sen. Chuck Schumer the Senate Majority Leader, when he is in fact minority leader. The correction reads in part,

“An article on Friday about President Trump’s relationship with Democrats in Congress misidentified the leadership position held by Senator Chuck Schumer, Democrat of New York. He is the minority leader — not the majority leader, the post held by Senator Mitch McConnell, Republican of Kentucky.”

Corrections: Sorry we said you were transgender, Which Thomas Frank & Where’s Kosovo?