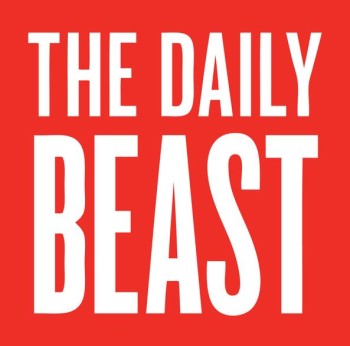 Daily Beast reporter Lizzie Crocker resigned last month after being busted for plagiarism. Now, the Daily Beast has deleted at least six of her articles and replaced them with editor’s notes stating the articles broke the news site’s ethics and standards code.

Crocker’s Jan. 12 article, “How Katie Roiphe Became Feminism’s Nemesis-In-Chief,” has been replaced with a note reading, “Editors’ Note: The story published about author Katie Roiphe violated The Daily Beast’s Code of Ethics and Standards and has been removed.”

iMediaEthics wrote to the Daily Beast to ask how many articles have been replaced by editor’s notes, and if they are all because of plagiarism. iMediaEthics received a statement from editor John Avlon explaining:

“As The Daily Beast’s Code of Ethics and Standards makes clear – and our newsroom understands – plagiarism is unacceptable. When we first became aware of Lizzie Crocker’s plagiarism, we deleted the article in question with an editors’ note. Crocker offered to resign and her resignation was accepted. When further instances of plagiarism emerged, those stories were deleted as well. A larger investigation of her work at The Beast is underway. We take plagiarism seriously, and will not allow the hard-earned trust we’ve built with our millions of loyal readers to be compromised.”

In addition to Crocker’s article on Roiphe, the Daily Beast has deleted five other stories, iMediaEthics notes:

this whole harpers/roiphe controversy is exposing all kinds of problems in contemporary journalism. i'm reading @nymtwit's @thedailybeast piece jan 12 piece and she just straight up copy and pasted (in red) @aliceblloyd's exact wording in a Jan 11 piece in the @weeklystandard. pic.twitter.com/qbYMQ4eKDM

this is actually incredible. had to step away and returned to the article to see another graph lifted entirely word for word. am i missing something? does the @thedailybeast have a content licensing deal with the @weeklystandard? pic.twitter.com/NaUycpnTRf

Hypothesis: @nymtwit felt free to copy @aliceblloyd bc she could safely assume few readers look across ideological lines, a @thedailybeast reader is unlikely to check the @weeklystandard. All stay hunkered down, but the irony is that the same exact piece can work in either venue!

Crocker’s LinkedIn says that she started working for the Daily Beast in 2011.

Crocker hasn’t tweeted since before her resignation. iMediaEthics has tweeted her for her response to the editor’s notes and plagiarism accusations.