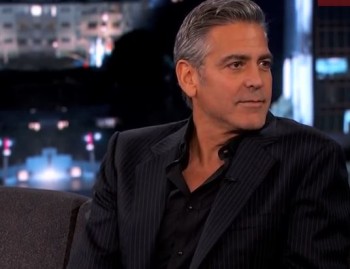 The Daily Mail unpublished an article that George Clooney called “completely fabricated.” It also apologized for the claims in the story and said it would investigate the matter.

The Mail had claimed Clooney’s fiance’s mother, Baria Alamuddin, “opposed their forthcoming marriage on religious grounds,” according to the Guardian.

The article further claimed Alamuddin was Druze and told “half of Beirut” about her problems with the planned wedding. Encyclopedia Britannica identifies Druze as a “relatively small Middle Eastern religious sect” that doesn’t allow religious conversion or “intermarriage.”

The article now goes to an error page.

Clooney had responded to the article in a lengthy July 9 statement published by USA Today. He pointed out errors in the report including that

He explained that he was commenting about the article because it was so reckless and noted that he doesn’t normally challenge tabloid fabrications.

“I want to speak to the irresponsibility of Monday’s Daily Mail report. I seldom respond to tabloids, unless it involves someone else and their safety or well being. The Daily Mail has printed a completely fabricated story about my fiancée’s mother opposing our marriage for religious reasons. It says Amal’s mother has been telling “half of Beirut” that she’s against the wedding. It says they joke about traditions in the Druze religion that end up with the death of the bride.

“Let me repeat that: the death of the bride.”

Clooney further explained a major concern of his with the story is that “this lie involves larger issues.”

“The irresponsibility, in this day and age, to exploit religious differences where none exist, is at the very least negligent and more appropriately dangerous,” he wrote. “We have family members all over the world, and the idea that someone would inflame any part of that world for the sole reason of selling papers should be criminal.”

He slammed the Mail for publishing repeated fabrications and commented “they cross far beyond just laughable tabloid and into the arena of inciting violence.” He also noted that the Mail’s false claims were picked up by other news outlets. For example, the New York Daily News published a July 7 story titled  “Amal Alamuddin’s mom doesn’t approve of daughter marrying George Clooney: report.” That article now carries an editor’s note admitting:

“EDITOR’S NOTE: George Clooney has since refuted the Daily Mail’s report of any rift in his family ahead of the wedding. Click here for more details.”

The Mail quickly apologized after Clooney’s rebuttal. The Guardian published the following apology from the Mail, in which the Mail denied the story was made up but acquiesced to Clooney’s complaints.

“The Mail Online story was not a fabrication but supplied in good faith by a reputable and trusted freelance journalist.

“She based her story on conversations with a long-standing contact who has strong connections with senior members of the Lebanese community in the UK and the Druze in Beirut.

“We only became aware of Mr Clooney’s concerns this morning and have launched a full investigation.

“However, we accept Mr Clooney’s assurance that the story is inaccurate and we apologise to him, Miss Amal Alamuddin and her mother, Baria, for any distress caused.

“We have removed the article from our website and will be contacting Mr Clooney’s representatives to discuss giving him the opportunity to set the record straight.”

iMediaEthics has written to the Daily Mail for more information about its investigation.