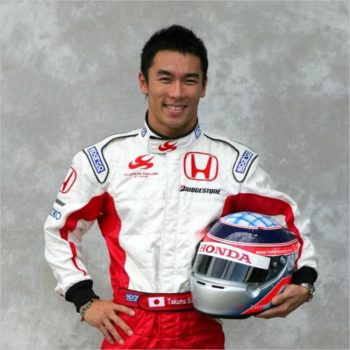 The Denver Post fired sportswriter Terry Frei after he tweeted it made him “very uncomfortable” that Japanese driver Takuma Sato won the Indianapolis 500 during Memorial Day weekend.

“Nothing specifically personal, but I am very uncomfortable with a Japanese driver winning the Indianapolis 500 during Memorial Day weekend,” he tweeted — then deleted, according to the Washington Post.

Memorial Day weekend in the U.S. honors American military veterans, including World War II, in which Japan was an enemy.

“We apologize for the disrespectful and unacceptable tweet that was sent by one of our reporters. Terry Frei is no longer an employee of The Denver Post. It’s our policy not to comment further on personnel issues.

“The tweet doesn’t represent what we believe nor what we stand for. We hope you will accept our profound apologies.”

Frei apologized in a tweet, writing “I apologize” and including a statement further detailing what happened and his apology. Frei wrote, “I fouled up. I’m sorry. I shouldn’t have said what I said when I said it. I should have known better and I regret it. I in no way meant to represent my employer and I apologize to The Denver Post.”

Frei went on, “I made a stupid reference, during an emotional weekend, to one of the nations that we found in World War II – and, in this case, the specific one my father fought against.”

When contacted by iMediaEthics, Frei declined to comment further at this time.

When asked if Frei was fired or resigned, she said, “We do not comment on personnel issues. I note other media have said he was fired and attributed that to The Post. That is incorrect. Our only statement has been to say that he is no longer an employee.”

iMediaEthics has also written to Soto.

Frei wouldn’t speak to iMediaEthics on the record but did give rebuttals in an interview with Denver news site Westword.  Frei said it was fair to “call me an idiot” or a “moron” but denied that his tweet was related to racism.

Frei explained to Westword that his tweet was “a thought thrown out about a nation that my father specifically fought. It wasn’t about race” and added that he would have tweeted the same if a German driver won. Further, he added “I’ve written many, many, many stories about Colorado-based athletes who also fought in World War II, and about my father, who flew 67 missions in the P-38. I can’t explain how emotionally involved I feel after talking with so many veterans of the Pacific and European theaters, and about how proud I’ve been to tell their stories.”

“What I did was stupid,” Frei acknowledged. “And what I most regret is dragging others through that, and for people seeing it as a racist response. I can assure you that it was not. I bear no ill will or hatred for the Japanese people today for what their government did seventy years ago.”