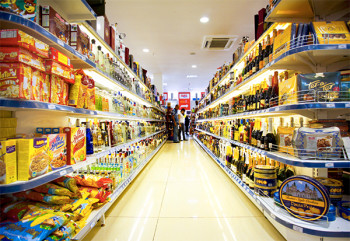 Did French TV news channel BFMTV put hostages at risk with its coverage of the January attack on a Paris kosher supermarket?

Six of the terror hostages are suing the network for its live coverage of the Jan. 9 attack by Amedy Coulibaly, which also killed four, and followed the terrorist attack at satirical magazine Charlie Hebdo two days earlier

The coverage “lacked the most basic precautions,” the six’s lawyer, Patrick Klugman claimed, according to the AFP.

While BFMTV is named, the lawsuit accuses “numerous other media organisations” of breaking “basic precautionary rules” in their coverage of the attack, France 24 reported.

However, those outlets aren’t named, and it’s unclear if BFMTV is the only outlet being sued. iMediaEthics is

“The working methods of media in real time in this type of situation were tantamount to goading someone to commit a crime,” Klugman said in an interview with the AFP.

He added to Paris Match: “The disclosure of the presence of people hiding, during a hostage situation, is an error which cannot go unpunished…A piece of information, even if it is true, must not put lives in danger.

Klugman asked, according  to France 24, “The question is who is responsible for this offense? The corporation? The editorial director? The journalist?”

The French station BFMTV reported on where the hostages were hiding from the attacker, so Klugman argued if he had seen the coverage at the time they may have been “at risk.” Klugman said that their attacker had been monitoring media coverage of the attack so it was a likely possibility.

BFMTV issued an apology statement for its reporting and said that the station only once reported that there was a woman hiding in the store, deciding to not repeat the information.

BFMTV “regretted that this information could have made the hostages or their relatives feel their lives were in danger,” it said, according to te AFP.

“Concerning the kosher supermarket story, we knew immediately that the report of one of our journalists… about the presence of a hostage in a cold room was inappropriate, that it was an error,” BFMTV information director Hervé Béroud is quoted as saying on March 26 by France 24.

In January, French broadcast regulator The Higher Broadcasting Council began reviewing the TV coverage of the attacks, as the AP reported at the time.