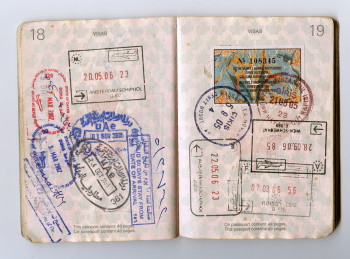 Passport stamps (not ones from this story) (Credit: Wikipedia)

The UK Sun hit delete on a Dec. 5 story claiming its reporter Emile Ghessen traveled from Turkey to France over six days without having to show his passport at any borders. The Croatian government busted the story as false because it had records of the passport being checked twice.

The Sun pointed iMediaEthics to its correction in today’s print edition apologizing for the story and saying the newspaper was “misled” by the freelancer who made the claims.

After finding out the reporter used his passport during the trip, the Sun admitted “his story did not, therefore, demonstrate that the borders of Europe had lax controls.”

“We apologise for publishing misleading information,” the Sun wrote. “We have now changed our policy regarding the use of freelance journalists in stories such as these.”

The Croatian government showed “a picture of the passport it said he was asked to present at its borders” to prove the story bogus, the Guardian reported. The government published the photo “as evidence,” it said, calling the Sun claims “false and malicious allegations which are harmful not only to the reputation of the Croatian police, but also the Republic of Croatia, presenting it unsafe ground.”

The government said Ghessen had to show his passport to authorities when he entered and exited Croatia. The government’s statement reads, according to Google Translate:

“In fact, it is a false and inaccurate claims because the Croatian border police recorded Emile Pierre Ghessena 23.11.2015. at 14:10 hours at the railway border crossing Tovarnik when entering the Republic of Croatia, while it is 24.11.at 17:20 hours recorded at the airport border crossing Zagreb (airport Pleso) at the exit of the Republic of Croatia.”

Below see the Sun‘s story, which the Guardian uploaded. With the reporter’s claim about his passport having been debunked, the veracity of the rest of his article should be questioned, especially at a time of heightened fears of terrorism. 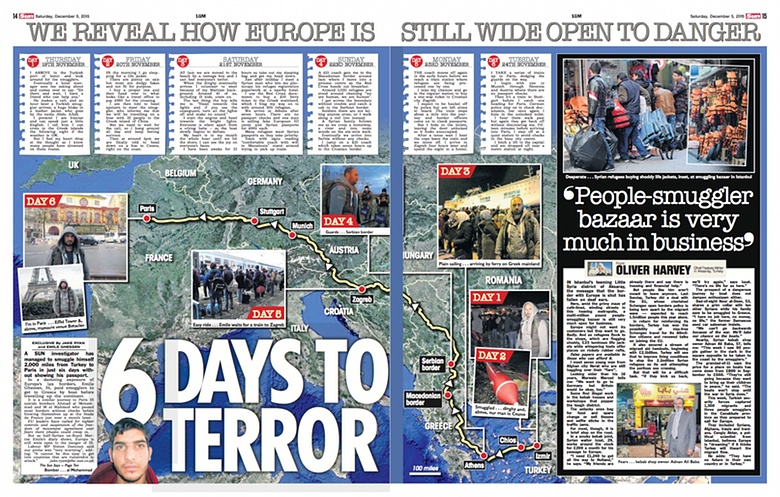