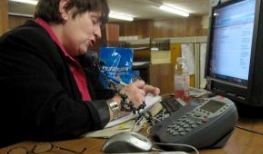 The embattled Kansas reporter Claire O’Brien–who refused to reveal a confidential source and story notes from her jailhouse interview to Ford County Attorney–now faces a new challenge. The Associated Press reported on March 9 that O’Brien has been fired from the Dodge City Daily Globe.

O’Brien did not appear at the inquisition hearing at which she was ordered to testify in Feb 12. But after her source stepped forward on his own and revealed himself the next day, O’Brien did agree testify at a rescheduled hearing.

iMediaEthics reported in our earlier coverage that O’Brien had told the press her lawyers from GateHouse (the parent company of the Daily Globe) had hindered her from seeking outside counsel unless she agreed to testify. In a phone conversation with iMediaEthics last month, O’Brien reiterated that statement, and also argued her GateHouse lawyers had kept her in the dark about court dates and had inappropriate contact with the corporate arm of GateHouse (her employer) about her conduct.

GateHouse has denied these claims to the AP, which now reports that O’Brien has been fired from her job as a reporter with the Daily Globe.

O’Brien told iMediaEthics last month that she anticipated that her conversations with the press on this topic had already imperiled her job. She said she had been chastised by GateHouse for making the company look bad, and said her hours had been cut and her access to the newsroom diminished in the last weeks of her refusal to testify.

iMediaEthics has been unable to verify these allegations or reach GateHouse directly for comment so far.