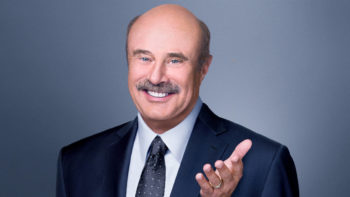 Dr. Phil McGraw and his wife are suing American Media Inc., the publisher of National Enquirer, for $250 million, claiming libel.

The McGraws’ lawyer, L. Lin Wood, told iMediaEthics in a statement that the publisher has a “pattern of knowingly and repeatedly publishing lies for profit.” Specifically, the couple is upset over claims that they are divorcing when Wood notes they have been married for nearly 40 years.

However, in a statement to iMediaEthics, American Media slammed Dr. Phil McGraw, called his claims “stale and fraudulent” and said the publisher will fight the lawsuit.

The McGraws’ lawyer’s full statement is below:

“Dr. and Mrs. McGraw, after enduring years of the National Enquirer, STAR and other American Media Inc. publications knowingly and recklessly printing outrageous lies about them, their marriage, their integrity and their character, have finally concluded that enough is enough and too much is too much. Dr. and Mrs. McGraw believe that this pattern of knowingly and repeatedly publishing lies for profit will not stop unless these publications are held accountable in a court of law for their corporate practice of falsely smearing reputations.

“The First Amendment offers them no safe harbor for publishing statements known to be false or manufactured by paid sources. Many of the lies published by the National Enquirer and American Media have focused for years on allegations that Dr. and Mrs. McGraw are on the verge of a divorce or have decided to file for divorce. Next month, Dr. and Mrs. McGraw will celebrate their 40th wedding anniversary. Dr. and Mrs. McGraw are role models for the happily married. It is these types of lies that the National Enquirer and American Media have been publishing for years while making millions of dollars in the process of so doing. The McGraws are determined to stop these lies and the business practice of libel for profit.”

An American Media Inc. spokesperson told iMediaEthics in a statement:

“It’s a delicious irony that Dr. Phil, whom a California judge has called a ‘charlatan’ and the Daily Beast has called a ‘quack’ whose ‘unseemly mélange of exploitation, celebrity parasitism and credential mining goes back years’ has filed a lawsuit against AMI and accused it of being a ‘trashy tabloid.’ This from the man who visited Britney Spears in the hospital in 2008, then issued a public statement about the visit in violation of her family’s trust. AMI looks forward to successfully defending itself against Dr. Phil in a court of law, and exposing his stale and fraudulent claims for what they really are.”

iMediaEthics has asked AMI for a response to this specific claim of an agreement between the publisher and the McGraws.