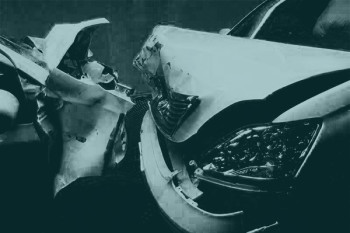 Australia’s WIN Television got in trouble with the country’s broadcast regulator after its broadcast made it possible for a man to figure out his mother was killed.

As part of a report on a fatal car crash last year, WIN’s Nine News Update showed a car and “part of a number plate” and the man was able to “identify the victim, who died, as his mother,” Australian media website Mumbrella reported.

Unlike in the U.S., such identification goes against the government regulator’s code, which requires “‘in broadcasting news and current affairs programs, licensees must take all reasonable steps to ensure that murder or accident victims are not identified directly or, where practicable, indirectly before their immediate families are notified by the authorities.”

“The complainant and her husband immediately recognised the number plate and, by association, the vehicle, as belonging to their mother-in-law/mother respectively,” the Australian Communications and Media Authority report said.  “The accident victim was therefore indirectly identified in this case.”

“An ACMA investigation found that the visible part of the number plate, combined with the vehicle’s specific make and colour, was distinctive enough to be recognisable to immediate family members,” ACMA wrote.

Because of the failure and ACMA ruling, WIN apologized.

“The complainant asserted that they were able to identify the victim, their mother-in-law, based on the image of the partial number plate shown in the broadcast,” ACMA chairman Chris Chapman said. “This was a crucial factor in the ACMA finding a breach.”

In addition to the apology, WIN must inform its staff about the ACMA ruling and train staff to prevent future incidents, ACMA wrote.