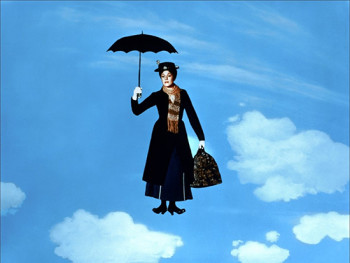 DiManno suggested that Filipinos are all nannies.  She wrote in a column about the overhyped Manny Pacquiao – Floyd Mayweather boxing match:

“Filipinos, 138,000 of whom live in Nevada, mostly in Vegas and all in thrall to Pacquiao. Guess there’s a high demand here for nannies. (Oh relax people.)”

Michael Cooke, the newspaper’s editor, added to English that “It’s exactly the type of crude stereotyping we can’t have in our publications.”

According to English, there was no “significant editorial oversight” on DiManno’s column. “Neither sports editor Jennifer Quinn, nor managing editor Jane Davenport had read it before it was published,” English reported. “Both were troubled that it was.”

iMediaEthics has asked English if that lack of oversight is typical for DiManno’s columns and if the Star will add oversight moving forward.

English added: “For the Star to publish a gratuitous joke about Filipino nannies seems to me to be a case of the powerful making fun of the powerless — a cheap shot that added nothing to the fight story.”

While English’s report didn’t quote DiManno’s response to the criticism, English did say that DiManno “doesn’t agree with my take” that the remark broke the Star‘s policy against publishing stereotypes.”

“Even given the columnist’s latitude, I think this hurtful stereotype crossed the line set by this news organization’s standards and values,” English wrote.

Further, English called out DiManno for not just the nanny comment but also for her “dismissive joke” telling people to “relax.”

DiManno is no stranger to controversy. Two years ago, readers complained about her lede for a Jan. 18, 2013 story about a woman testifying she was raped by an anesthesiologist when she was sedated. DiManno wrote, “She lost a womb but gained a penis.”

DiManno told iMediaEthics then she wouldn’t answer our questions about her story because we are online only — “if it’s not in print – newsprint – it’s not real.”

Also in 2013, Conrad Black complained about DiManno having called him names like “fool,” “disgraced,” a “shameless felon” and “crooked.”

And that year, readers complained because she wrote bicyclists “should be shot” but the public editor defended her comment as opinion and a joke.