Fired Editor Jotham Sederstrom: ‘I Accept 100% of the Blame’ for Missing Attribution in Shaun King’s Stories 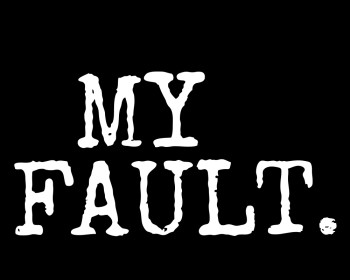 On Twitter, King was accused of plagiarism by the Daily Beast earlier this week, as iMediaEthics reported. King quickly denied the plagiarism and provided his original e-mails submitting his columns to show he did include attribution to his sources. The Daily News stood by King and fired an editor for the attribution issues.

In a post on Medium, Sederstrom, who worked for the paper for seven years, wrote that he edited about 150 columns of King’s and blamed multi-tasking and inadvertent editing mistakes for making it seem like King plagiarized. When he learned of the accusations against King, Sederstrom said he was shocked but realized, “This was my fault and I accept 100% of the blame.”

Sederstrom, whom the Daily News did’t name when announcing his firing, said he thinks the critics attacking King did so because of his skin color or politics, and explained, “It’s become clear that I need to share my side of this wildly blown-out-of-proportion story.”

“In all honesty, the controversy — a f**k up on my part, to put it bluntly — comes down to two unintentional, albeit inexcusable, instances of sloppy editing on my part and a formatting glitch that until Tuesday I had no idea was systematically stripping out large blocks of indented quotations each time I moved Shaun’s copy from an email to The News’ own Content Management System, or ‘CMS’ as it’s called in media parlance,” Sederstrom wrote.

Sederstrom said he thinks he “likely cut attribution…with the intention of pasting them back inside the block” but had too much on his plate, editing half a dozen writers’ copy plus other work. “It’s easier to fathom how frequently focus can snap from one second to the next.”

Sederstrom also apologized to the writers whose content wasn’t properly attributed. “I absolutely did not mean to do that, and fundamentally believe that proper citation is crucial to upholding basic journalistic standards and ensuring transparency about the reporting process with readers.”

Fired Editor Jotham Sederstrom: ‘I Accept 100% of the Blame’ for Missing Attribution in Shaun King’s Stories