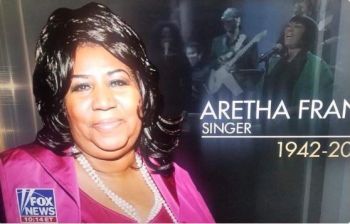 Fox News used a photo of Patti LaBelle in its video report on Aretha Franklin’s death.

“We sincerely apologize to Aretha Franklin’s family and friends. Our intention was to honor the icon using a secondary image of her performing with Patti LaBelle in the full screen graphic, but the image of Ms. Franklin was obscured in that process, which we deeply regret.”

The Huffington Post reported that the image of LaBelle was from a 2014 performance.