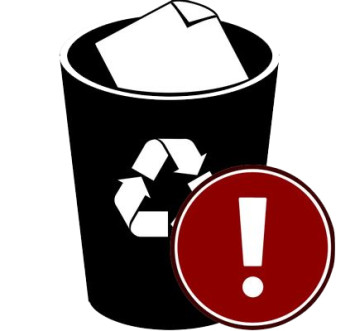 Fox News reported that the suspected shooter in the Quebec City mosque attack was Moroccan-born. Problem is, the accused shooter, Alexandre Bissonnette, is French-Canadian, and the Moroccan-born Canadian man was a witness.

The confusion stemmed from the police arresting both men, but releasing one, the Moroccan-born man Mohamed Belkhadir, and explaining he was only a witness. That news wasn’t reflected by the Fox News tweet.

Canadian Prime Minister Justin Trudeau’s office complained to Fox News. Press secretary Cameron Ahmad told iMediaEthics by e-mail, “As cited in the letter, there was false and misleading language relating to the identity of the suspect in the terror attack – and we asked that the tweet be retracted or updated to reflect the suspect’s actual identity. This was a particularly egregious example of misleading information, and was circulated online quite widely.”

“Any misleading or erroneous information, regardless of source, should be removed – and of course we would ask all outlets do the same,” Ahmad added.

In a statement sent to iMediaEthics by e-mail, FoxNews.com managing director Refet Kaplan said, “FoxNews.com initially corrected the misreported information with a tweet and an update to the story on Monday. The earlier tweets have now been deleted. We regret the error.”

The Quebec City police tweeted Jan. 30 that the second man arrested was just a witness.

The Fox News story about the arrests now reads:

“A second man, Mohamed el Khadir, was initially identified as an additional suspect by Quebec officials. Reuters and the French language newspaper La Presse reported earlier that one of the suspects was of Moroccan origin, a report that was picked up by Fox News and other news outlets. But police later announced there was only one suspect in the attack, and Khadir was identified as a witness.”

“While the Fox News story linked to the tweet had been corrected, the erroneous tweet had been retweeted more than 900 times and had racked up 1,600 likes,” according to the Guardian.

Kate Purchase, the director of communications for Canadian Prime Minister Justin Trudeau, had tweeted her complaint to Fox News over the Jan. 30 tweet, which she wrote “contains false and misleading language relating to the identity of the suspect.”

“Over the course of the day, this proved to be false information,” Purchase wrote. “In fact, the suspect was identified as a 27 year old French Canadian – not someone of Moroccan-origin.”

“Sadly, this misleading information has been left to stand on the Fox News Channel’s twitter account and continued to circulate online even now,” Purchase went on.

Purchase called for Fox News to “either retract or update the tweet to reflect the suspect’s actual identity.”

Earlier today I sent an email to @FoxNews about their misleading tweet yesterday. We will continue to stand up for our citizens (1/3) pic.twitter.com/sGz47PxMcb

Thank you @FoxNews for deleting the tweet. We appreciate it.