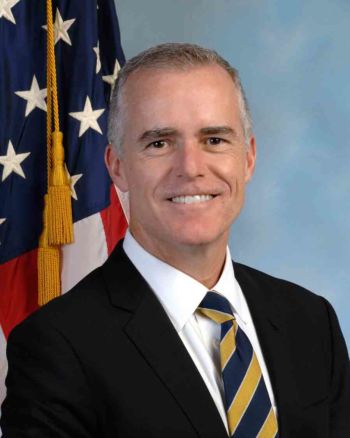 Talk about jumping the gun. The acting FBI director Andrew McCabe was fired last night, but Fox News published a draft story on his firing a few hours before it actually happened.

CNN’s Oliver Darcy and Brian Stelter both posted screenshots of the now-unpublished article, which reported, “The Justice Department dealt a stunning blow to former Acting FBI Director Andrew McCabe, firing him just days before he would have been eligible for a lifetime pension after determining that he lied to investigators reviewing the bureau’s probe of Hillary Clinton’s email server.” Darcy tweeted that the article was online “for about 40 minutes.”

The article include dummy text XXXXXXX to block out where information would have been added when or if the firing actually occurred. For example, it says McCabe “was sanctioned for XXXXXX according to a statement.”

iMediaEthics has written to Fox News to ask how long the article was published and for comment on the draft publication. Fox News provided a statement from Editor-in-Chief and VP of Fox News Digital Noah Kotch, which read:

“FoxNews.com accidentally published on Friday evening a draft version of a news report that was being prepared on standby in the event that Andrew McCabe was fired. This mistake was the result of a technical error. The article was never surfaced on the website, and it was taken down within 45 minutes. We sincerely regret this serious error.”

Serious mistake at Fox News. A draft story has accidentally been published and is live online saying Andrew McCabe has been fired. https://t.co/8QXZYTbzli pic.twitter.com/qmcLAc62Ng

Someone at Fox News accidentally published the draft of a "McCabe fired" story, even though the firing hasn't happened. Twitterers are starting to share the link, thinking it's real. pic.twitter.com/QZPkLcyFLN