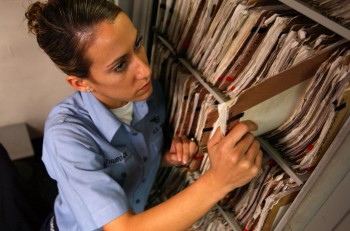 The UK Sunday Times invaded the privacy of a member of Parliament when it speculated that he had undergone gastric band surgery, the UK press regulator ruled.

The Times‘ Feb. 7  print and online article,  “Soames’s mystery weight loss has Commons chewing the fat,” commented on Sir Nicholas Soames MP’s weight loss, reporting that “regulars in the House of Commons tearoom” thought he had the gastric band and suggesting the weight loss was motivated by a back problem. The Times noted that when it contacted him, Soames “declined to confirm or deny details of his weight loss regime or the presence of a gastric band.” Soames had responded to the newspaper simply saying to “f*** off.”

A link to the Sunday Times article now goes to an error page, iMediaEthics notes.

Soames complained to the Independent Press Standards Organisation that it was an invasive to speculate and comment on potential gastric band or back matters. “The complainant acknowledged that as a public figure, he was subject to press attention; this did not however mean that he did not have a right to privacy in relation to his health,” IPSO reported. “The complainant said that he had not discussed matters relating to his health publicly.”

The Times argued that it was fair to speculate on “the sudden visible weight loss of a prominent political figure” and pointed out that it presented the suggestions of gastric band or back problems as speculation not fact.

IPSO agreed with the Times it was fair game to comment on the weight loss but that the newspaper crossed the line when it guessed about Soames’ possible medical conditions, which wasn’t in the public interest.

“It was not intrusive to report the mere fact that the complainant had recently lost weight, given that he is a figure in the public eye, and the change in his appearance was visible,” IPSO wrote. “However, the article went further than this, and speculated about possible medical causes for his weight loss, including questioning whether the complainant had undergone an invasive surgical procedure, which may have been due to back pain.”

The Times is now required to publish the IPSO ruling in its first three pages of the print edition and on its website. The ruling was published in print May 1, according to the Press Gazette.

The Times pointed iMediaEthics to its comments in the Press Gazette article. “Sir Nicholas’ physical appearance had always been a central part of his public image, and it was not intrusive for the article to speculate over the reasons for the sudden visible weight loss of a prominent political figure,” it said.