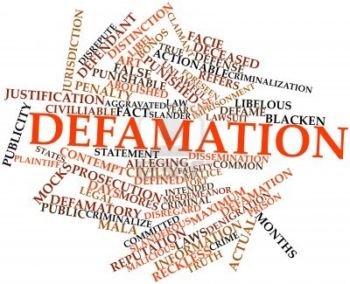 Fairfax Media and the Australian Broadcasting Corp. reported that actor Craig McLachlan, who stars in the TV show The Doctor Blake Mysteries, had sexually harassed some of his former colleagues.

Now McLachlan is suing the two Australian media companies and one of his accusers, Christie Whelan Browne, for defamation, the Australian Associated Press reported.

The Victoria police are investigating allegations of sexual harassment against McLachlan, but the producers of his show recently “cleared McLachlan of separate claims that he sexually harassed his co-workers,” the Australian Broadcasting Corp. reported. The Victoria Police’s media unit told iMediaEthics by e-mail, “Unfortunately, we cannot comment on individuals due to constraints imposed by the Privacy Act.”

The director of communications for Fairfax, Brad Hatch, told iMediaEthics by e-mail, “We don’t comment on legal matters.” iMediaEthics has also written to the Australian Broadcasting Corp. and McLachlan’s lawyer.

The next court date is March 16, according to Australia’s Yahoo 7.

In December, actor Geoffrey Rush sued the Australian Daily Telegraph after the newspaper reported he had been accused of “inappropriate behavior.” Rush argues the claims are “slurs, innuendo and hyperbole” that made him look like a “pervert.”