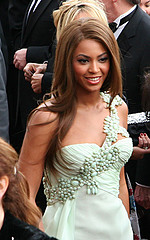 The German “lifestyle” and entertainment magazine NEON apologized to its readers and Beyonce this weekend after the publication ran an interview with the pop star that turned out to be completely fabricated, BET reports.

The interview and article, written by now-former NEON freelance writer Ingo Mocek, claimed, among other things, that Knowles and hip hop star Jay-Z had a secret $10 million wedding contract.  Mocek’s article ran in the January 2010 issue of NEON and was re-posted throughout the blogosphere and on gossip sites.

“NEON dissociates itself from the content of the interview with Ms. Knowles,” Black Entertainment Television (BET) reported the magazine said in a statement. “NEON subscribes to a high level standard of truthful journalism. Since Ingo Mocek has violated these standards severely, NEON has terminated all relationships with Ingo Mocek with immediate effect.”

After Knowles’ representatives questioned the magazine, editors found Mocek unable to provide any proof of the alleged interview with the singer.  Mocek was fired, but now reports have surfaced that at least five other fake interviews written by him dating back to 2004 were published in NEON. Some of the fake interviewees include Christina Aguilera and Snoop Dogg, Australian ABC News site reported Monday.

How Mocek was able to have five fake interviews published without being caught is unknown to StinkyJournalism, but at least NEON has been open about the mistakes in their publication and the standards they try to uphold.

This isn’t the first time a magazine has published a fake celebrity interview.  (StinkyJournalism reported about a fake interview with Scarlett Johannson that ran in UK Cosmo’s January 2009 issue).

RTT reported an official statement from NEON:  “The editors-in-chief have confronted Ingo Mocek with these doubts. Ingo Mocek was not able to verify certain statements, particularly the statements regarding a marriage contract of Ms. Knowles. Therefore, we assume that the interview did not take place as claimed by Ingo Mocek.”

NEON‘s statement also says the magazine has “terminated all relationships” with the writer, RTT reports.

Canadian Broadcasting Company News reported on its Web site that “NEON‘s editors, Michael Ebert and Timm Klotzek, also directed a statement to the American singer, saying: ‘We sincerely apologize to Ms. Knowles and her management for all personal inconvenience that may have arisen due to the publication of the interview.’”

StinkyJournalism has reached out to NEON magazine and Christina Aguilera’s representation for comments and will post any response.

Due to an editing error, NEON magazine was mistakenly labeled as a music magazine when it is a lifestyle & entertainment magazine. We regret the error. Thanks to “N” for pointing this out.