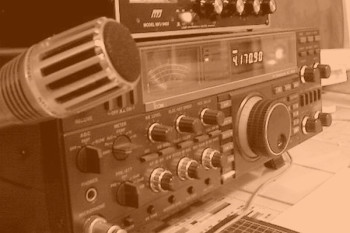 German radio station NDR apologized after publishing an anti-Semitic slur about the future conductor of the Berlin Philharmonic, Kirill Petrenko, who is the first Jewish conductor of the esteemed orchestra.

According to the Jewish Telegraph Agency, the article by NDR’s Sabine Lange compared Petrenko to “the tiny gnome, the Jewish caricature” from Wagner’s operas.

Barbara Mirow, the program head for NDR Kultur, posted a statement apologizing for the “analogy” used by NDR in reporting on Petrenko. Her apology statement, at the bottom of the NDR report in question, reads according to a Google translate:

“The editors of NDR Kultur regrets the publication of the comment “Petrenko vs. Thielemann?” in its first version. The analogy used therein to figures of Wagner’s Ring was removed, because they would not have chosen and the comment for that reason may not be published. During the acceptance process of the editorial, there have been shortcomings in this respect. The editorial team will make sure that such mistakes are not repeated.”

Before Mirow’s apology, NDR defended the characterization, according to German Economic News, via Google translate:

“Equating the conductor Kirill Petrenko and the Wagnerian Ring Figure Alberich I intended in my comments in no way. If this impression have arisen, I regret this. It was rather a scene description from the ‘Ring’, the ideas of Richard Wagner, which plays a central role in Bayreuth reflects,” NDR’s reporter wrote, according to German Economic News.

iMediaEthics has written to NDR for comment and more information.

The Berlin Philharmonic’s head of PR, Elisabeth Hilsdorf, told iMediaEthics that “neither we nor Mr. Petrenko comment on these remarks.”