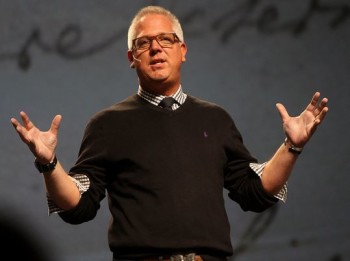 The Saudi man accusing Glenn Beck of libel isn’t a public figure and can continue his lawsuit against the radio host.

As iMediaEthics previously reported, 20-year-old college student Abdulrahman Alharbi filed a lawsuit this spring against Beck, his news site The Blaze and two radio companies for Beck’s claims he was “a very bad, bad, bad man” who was “the money man” in the Boston Marathon bombings. The Blaze claimed Alharbi “was going to be deported.” Beck wanted the lawsuit dismissed, as iMediaEthics wrote in June.

Beck argued that Alharbi was a public figure because he was at the finish line and questioned by authorities. “If deemed a public figure, Alharbi would have found it difficult or impossible to proceed with the suit since he would need proof of actual malice: namely, that Beck intentionally lied or recklessly disregarded the truth,” Politico explained.

“The facts alleged in Alharbi’s complaint easily permit an inference that the defendants were negligent as to the truthfulness of their reports after the authorities cleared his name,” the judge wrote.

Further, “as a result of Beck’s statements, Alharbi’s reputation has been severely damaged. He has received several messages and has been the subject of online postings calling him ‘a murderer, child killer, and terrorist,” the judge wrote.

She added that Alharbi wasn’t a public figure just because he attended the marathon. “Choosing to attend a sporting event as one of thousands of spectators is not the kind of conduct that a reasonable person would expect to result in publicity,” she wrote. “Quite to the contrary, a spectator at an event like the Boston Marathon would reasonably expect to disappear into the throngs of others, never attracting notice by the press.”

The judge also wrote that Beck couldn’t claim Alharbi was an involuntary public figure because he “lost that status when his name was cleared.” Homeland Security Secretary Janet Napolitano confirmed Alharbi wasn’t “even really a person of interest.”