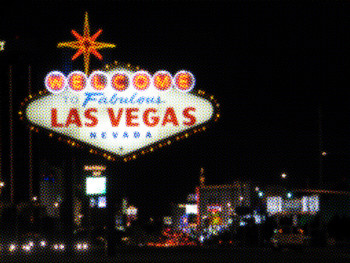 (Credit: London Allen, Based on image by David Vasquez via Wikipedia)

The Globe and Mail reported that a man was driving home from a Las Vegas bachelor party when his car crashed into a minivan killing four and injuring two others in a fatal September accident in Toronto.

But the Globe and Mail doesn’t know if the man, Marco Muzzo, the grandson of a billionaire developer of the same name, was in Las Vegas or not, public editor Sylvia Stead wrote.

The Globe has added an editor’s note to its story, “How do we fix our drunk driving problem?” to acknowledge that error. The editor’s note reads:

“Editor’s Note: An earlier version of this story said Mr. Muzzo was returning home from a weekend bachelor party in Las Vegas. It is not known where he was coming from at this time. This version has been corrected.”

Muzzo, who lives in Toronto, “faces 18 criminal charges, including four of impaired driving causing death” related to the fatal accident near Toronto, the Globe and Mail noted.

Globe and Mail public editor Sylvia Stead wrote about the error and editor’s note in a recent blogpost. Muzzo’s lawyer, Brian Greenspan, had called out the media for false claims about his client and the case against him in a press conference last week, Stead reported, noting that Greenspan said “there is no plea deal” because Muzzo plans to plead guilty. Greenspan also denied that Muzzo was returning from Las Vegas before the accident.

“The reference to Las Vegas was widely reported at the time of the crash, based on both anonymous sources and comments on social media. Mr. Greenspan did not say what is correct,” Stead added. “While The Globe and Mail did not refer to a plea deal, it did refer to Las Vegas. It relied on a source, although the story at the time did not attribute it to a source.”

Other outlets that have claimed Muzzo was in Las Vegas include the Inquisitr, Global News, and the Daily Mail, iMediaEthics notes.