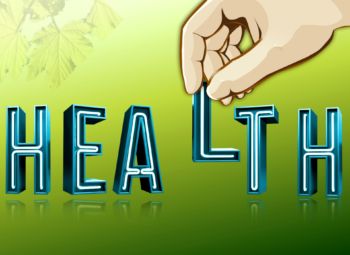 A libel lawsuit against ProPublica’s freelance reporters Jennifer Lehman and Allegra Abramo was dismissed because they published a “fair and true report” based on documents from the government, ProPublica, a nonprofit investigative journalism site, itself reported.  The pair’s October 2015 story was headlined “How N.Y.’s Biggest For-Profit Nursing Home Group Flourishes Despite a Record of Patient Harm.”

SentosaCare, its owners Benjamin Landa and Ben Philipson, and five of its facilities — Avalon Gardens Rehab and Health Care Center, South Point Plaza Nursing & Rehabilitation Center, Parkview Care of Rehabilitation Center, the Hamptons Center for Rehabilitation and Nursing, and Woodmere Rehabilitation & Health Care Center — filed the lawsuit for defamation, alleging the two reporters “ignored and omitted factual information” and had a “lack of understanding of the regulatory scheme that governs nursing homes in New York.” The lawsuit claimed the ProPublica article suggests “improper and unethical conduct” as well as “fraud, dishonesty, negligent and criminal acts.” Howard Fensterman, the lawyer for the plaintiffs, told iMediaEthics by e-mail, “We are moving to reargue and appealing.”

The lawsuit also alleged the article contains 13 defamatory statements including statements about the condition of patients and regulatory “fines, violations and complaints” at SentosaCare’s facilities. SentosaCare also complains about the article using the word “violation” instead of “deficiency,” arguing violation is “an improper, suggestive, and biased.” (On that specific matter, the judge ruled there was no reason to believe readers would think “violation” was worse than “deficiency”.)

A copy of the ruling, from Justice Paul Wooten of the Supreme Court of the State of New York, is uploaded here. Wooten ruled that ProPublica’s “sources include official reports and press releases describing governmental licensing proceedings, the exercise of regulatory oversight, inspections, investigations and criminal charges,” and as such the reporting was protected under the Civil Rights Law. The judge noted that even without that law, the plaintiffs are public figures because they “received federal funding and public funds” so they would have  to prove actual malice as well.

“No reasonable reader would understand the article to suggest more serious or widespread misconduct than is reflected in the underlying (and hyperlinked) official reports,” the ruling reads. “In sum, the statements at issue are ‘substantially accurate’ summaries of actions that are within the prescribed duties of public bodies and are, therefore, absolutely privileged under Civil Rights Law 74.”

The lawsuit came after ProPublica’s freelancers indicated they were working on a follow-up report; ProPublica spokesperson Minhee Cho told iMediaEthics the site hasn’t published any follow-up to its original reporting.

ProPublica noted: “ProPublica was not sued, but defended the reporters and bore the financial cost of the litigation. (This is the fourth time ProPublica has been sued for libel. All of the claims were dismissed before trial or dropped.)”