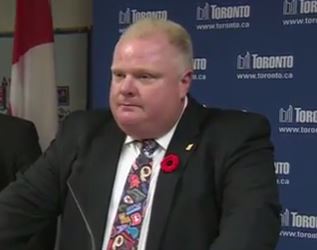 The Globe and Mail unpublished a photo of Toronto Mayor Rob Ford’s children trick-or-treating with him out of interest for their privacy.

The Canadian newspaper’s public editor Sylvia Stead explained that it posted the photo in an online photo gallery on Ford but decided to delete it for privacy reasons. One reader complained over the photo.

“We’re always sensitive about our use of children’s pictures and discussed the use of this one, which led to the decision to take it down out of concern for the children’s privacy,” the paper’s managing editor Elena Cherney told Stead.

Both Stead and Cherney noted that Ford had previously welcomed the media to cover family outings. Stead wrote,

“I think that given that he has allowed, even encouraged photos to be taken of him with his children, he has made the decision for them as their parent. If he were, at any point, to ask the media to refrain from taking photos of his children, I believe the media would respect that and stop, but he did not.”