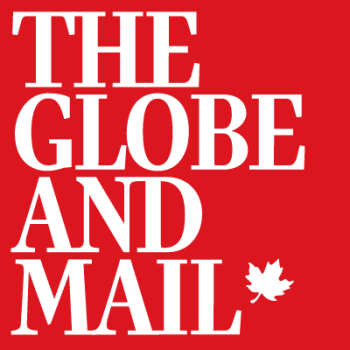 Globe and Mail readers were not happy that the Canadian newspaper published pictures of a dead Syrian child on the beach, public editor Sylvia Stead reported

iMediaEthics wrote yesterday about some of the outlets that chose to use photos of the dead refugee child and how they handled the photo. Most UK national newspapers used a photo of the child.

Stead wrote some readers said they threw away the newspaper or avoided the front page, which showed an image of the dead toddler.

Calling the story of the toddler, who has been identified as Aylan Kurdi and Alan Kurdi, both “important and heartbreaking,” Stead argued that it was the newspaper’s “responsibility” to use the photo. [An editors’ note on Stead’s article reported that the boy’s aunt said the dead toddler was named Alan not Aylan.]

“There have been times throughout history when the publication of a photo has changed the public understanding and/or opinion of a world event,” she wrote. “They are iconic photos that, yes, can shock and appall readers. And to what end?”

As example, Stead pointed to the napalm girl photo from the Vietnam war and Sept. 11 images. She also noted that the Globe and Mail‘s editorial code permits photos of “dead bodies, bloodied victims, and traumatized survivors” when “historically relevant and/or advanced the story,” among other reasons.

“In my view, this photo, as difficult as it is to look at, meets that standard. It advances the story and brings a very grim and difficult world event squarely into the public eye in an unflinching way,” Stead concluded.

Over in the UK, the Guardian explained why it ran the photos: “We verified the photographs and waited for a full story before publication,” deputy editor Paul Johnson is quoted as saying. “The enormous poignancy and potential power of the photographs was evident from the start. Could they be the images that provided a tipping point? Would public sympathy, and perhaps anger at Britain’s role as an apparent bystander in this saga, be moved by them? We decided that both of these were highly likely. Those factors had to be balanced again the real shock that some readers would feel.”