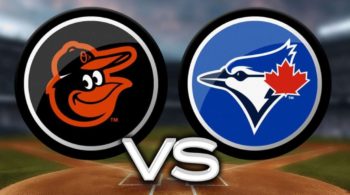 It was fair and accurate for the Globe and Mail to report that some fans attending a Baltimore Orioles-Toronto Blue Jays Major League Baseball game were screaming racial slurs, the newspaper’s public editor Sylvia Stead reported.

The Globe and Mail‘s Oct. 5 story by Rachel Brady was headlined “Orioles’ Jones says he and outfielder Kim were targets of racial slurs”.

Brady reported that Baltimore Orioles center fielder Adam Jones, who is black, and Hyun Soo Kim, an Orioles left fielder who is from South Korea, “were the targets of racial slurs after a fan threw a can of beer at Kim” on October 4, based on a USA Today report by reporter Bob Nightengale.

Readers complained to Stead that they didn’t hear any racial slurs. However, Stead pointed to the firsthand account of Nightengale from USA Today and Stacey May Fowles of the Globe and Mail, as  well as other news outlets like the Toronto Star and Global News — all reported they heard racial slurs. In addition, “Jones confirmed he heard racial and ethnic slurs toward him and Kim,” USA Today reported.

“But what these fans overlook is that the report was attributed to USA Today baseball writer Bob Nightengale, who tweeted, “There were also racial slurs hurled towards Kim and Jones, Adam Jones said.”