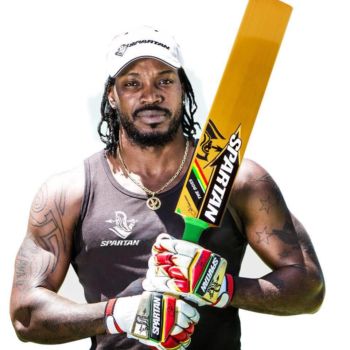 The renowned Jamaican cricket player Chris Gayle was accused of asking a massage therapist to “touch me up, baby” and then exposing his genitals to her. Australia’s Fairfax Media has said that’s just not cricket, and the news organization reported the accusation in three of its publications. So, Gayle sued Fairfax, claiming the reports are false and the “most hurtful thing I’ve actually come across in my entire life.”

Today, Gayle won his case, with a Sydney, Australia jury ruling in his favor, the BBC reported.  The financial payout for Fairfax Media is to be determined, but Fairfax may appeal.

In a statement sent to iMediaEthics by e-mail, Fairfax Media said,

“Fairfax Media is concerned with the conduct of the trial to the extent that on Friday it sought an order that the Jury be discharged and a new trial ordered. The Judge accepted that the Jury had been misled in a way that prejudiced Fairfax, but declined to discharge the Jury. Fairfax believes that it did not get a fair trial. It is seriously considering its appeal rights.”

Gayle’s lawyer Bruce McClintock told iMediaEthics by e-mail, “juries who see the witnesses and the parties pretty much always get it right.  They undoubtedly did in this case which was conducted with exemplary fairness by the trial judge.  Any criticism of the result by Fairfax is simply dishonest.”

In court, McClintock claimed Fairfax Media wanted “to blacken his name” and “destroy” Gayle with the articles, New Zealand news site Stuff reported. McClintock claimed Fairfax Media was motivated after he asked a reporter, Mel McLaughlin, on air if she would have a drink with him and then told her “don’t blush, baby.” He was fined $10,000 for his “inappropriate and disrespectful comments.”

Fairfax’s articles were published between Jan. 6 and Jan. 9, 2016, in the Sydney Morning Herald, The Age and the Canberra Times, according to Stuff.  iMediaEthics has written to Gayle’s lawyer to confirm the number of articles and publications in question, and to ask if all of the allegations reported were put to him before publication for rebuttal.

Fairfax, however, argued the articles were in the public interest and that they were protected under qualified privilege. “The defence of qualified privilege allows free communication in certain relationships without the risk of an action for defamation – generally where the person communicating the statement has a legal, moral or social duty to make it and the recipient has a corresponding interest in receiving it,” according to the Legal Services Commission of South Australia.