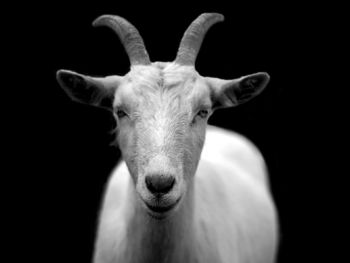 The Toronto Sun claimed “goats were being slaughtered” by “irregular” migrants at a hotel. That prompted seven complaints to Canada’s National News Media Council that the column was racist and inaccurate.

“The NewsMedia Council remains concerned about the journalistic ethics of using unsubstantiated and pejorative terms to describe people who are vulnerable targets in a highly polarized political and social environment,” the council said in its ruling that the article was inaccurate. (The council dismissed the racism and inciting violence complaint “with reservation,” noted below.)

The Oct. 3 column by Sue-Ann Levy, “’Irregular’ migrants continue to flock into Toronto,” made the false goat slaughtering claim citing a Trip Advisor post. It now carries a correction which reads: “Correction: The original version of this column referenced a trip advisor post that wrongly claimed goats were being slaughtered in public bathrooms at the hotel. Here’s a link to my column on that.”

A few weeks later, Levy published a follow-up column “Refugee outrage spent on wrong target,” in which she said she contacted the hotel, the Radisson, as well as the city to check the claim but got no comment on the claims. She also noted that she tried contacting Trip Advisor posters.

“The focal point of online outrage over my coverage has been largely on the ‘goat’ post, not only suggesting it was fake but broadly and objectionably characterizing the claims as bigoted, racist and intended to foment hate toward refugees,” she wrote.  She acknowledged that the goat claim “appears false based on follow-up with animal services and city officials. On that score, I got it wrong and am happy to set the record straight.”

Levy rejected claims that her column was racist or was related to the attempted arson on the hotel. iMediaEthics asked Levy for her response to the council ruling; she responded: “My column of Oct. 28–Abandoned in Hotel–says everything I wish to say. I have no further comment.”

Phyllise Gelfand, a spokesperson for PostMedia, which publishes the Sun, told iMediaEthics:

“We agree with the council that columns must be factually accurate, although we give our columnists wide latitude in expressing their opinions. As the Newsmedia Council notes, we acknowledged the error in the original article and removed the false information, alerting readers to the fact in a subsequent article. The council dismissed the portion of the complaint about racism and inciting violence. While the council stated it supports columnists’ right to use strong language and take a provocative point of view, it then argued the factually correct use of the term ‘illegal’ in proximity to ‘migrant’ in the column was pejorative and journalistically unsound. The point of the original column and subsequent follow-up columns was to draw attention to the problematic practice of government warehousing migrants, and government’s failure to fund or plan for their care.”

With regards to the complaint against the article, the News Media Council explained that Sun defended its column since Levy did try contacting the hotel for comment. However, “the news organization acknowledged that inability to corroborate the claim ‘should have been in her original column,’ but said it was instead included in follow up pieces,” the council reported.

“While the follow up article included effort to substantiate information posted on a crowd-sourced opinion site and sought out other and potentially different viewpoints, the NNC noted these basic journalistic standards of seeking accuracy were noticeably lacking in the article that was the subject of complaint,” the council wrote.

The council noted that columnists have “wide latitude…to express unpopular views,” but they must still publish accurate information. By calling Trip Advisor “reputable,” the Sun gave the claims “credibility,” the council wrote. “Neither did the writer describe any attempt to visit the hotel, verify the claim, or offer any caution about the failed efforts to do so.” As such, the council ruled the column was a “serious breach of journalistic standards for accuracy.” The council also flagged that the correction on the column was not dated.

The council dismissed the complaint about the column being racist but did call out the Sun for calling the immigrants and refugees illegal. “The Council found the inaccurate use of the word ‘illegal’ may not have been racism, but was inflammatory in the context of a racially charged topic,” the council said.

“Crowdsourcing information online can be used to inform reporting,” the council continued. “However, journalistic rigor requires appropriate steps to verify the sources and accuracy of such information. Citing an unsubstantiated post from a crowdsourced platform as evidence is akin to citing a rumour. Without supporting facts around what was a potentially inflammatory report, this represents a failure of basic, widely accepted journalistic standards. It falls far short of best practice, which would have been to verify the claim before using it as evidence to support an opinion. If verification was not possible, the story was not ready to go to publication.”