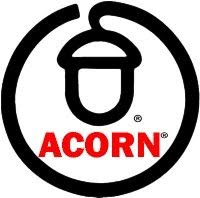 The above image is the logo of ACORN, the national community-based organization under investigation in recent undercover activist videos.

While there is little question that the actions of the community organizing group ACORN–revealed in a series of covert videos encouraging prostitution and fraud–are unethical, the question of whether the filmmakers themselves were acting ethically is up for debate.

In a recent bulletin, Ethics Newsline highlights the response of three journalists to the widely broadcast footage: ACORN workers offering advice to the two activist filmmakers who posed as a prostitute and pimp.

ACORN (the Association of Community Organizations for Reform Now) is a national association that seeks social and economic justice for low- and middle-income families, focusing on neighborhood safety, voter registration, health care, affordable housing, and other social issues. The opinions on the sting, from articles by Ken Silverstein in Harper’s, Mark Bowden in the Atlantic, and Debra Saunders in the San Francisco Chronicle range from condemning to admiring  the filmmakers’ subterfuge.

According to Bowden, events like this are a symptom of a larger movement: activists are starting to influence and even control the content of news reporting.  “There is nothing new about this. But we never used to mistake it for journalism. Today it is rapidly replacing journalism, leading us toward a world where all information is spun, and where all ‘news’ is apologetically propaganda,” he says.

Sensationalism sells, and since responsible journalists should continue to largely avoid surreptitious reporting (and partisan reporting especially), someone else comes in to provide those stories. Unfortunately, this shift of information sources can be degrading to news in general, he argues. “The honest, disinterested voice of a true journalist carries an authority that no self-branded liberal or conservative can have… Journalism, done right, is enormously powerful precisely because it does not seek power,” Bowden laments.

Silverstien, who has resorted to undercover reporting in his own journalistic practice, praises the outcome of the ACORN sting, suggesting that in this case the ends justify the means. He states: “Liberals have been attacking the videos by saying that the two video-makers, James O’Keefe III and Hannah Giles, are right-wing advocates. Who cares?” he asks. “Elsewhere you hear that this is the only kind of work trained professionals in the mainstream media should do. Except of course no one in the mainstream media would have done the story.”

Silverstien’s argument, then, is that because the story would not have been revealed without the subterfuge of these two activists, their actions are justified.  But the criteria for whether reporters can misrepresent themselves to a source doesn’t hinge only on whether the information was otherwise unachievable, but also on whether that information is “vital to the public.”

The Society for Professional Journalists puts it this way in its ethics code: “Avoid misleading re-enactments or staged news events. If re-enactment is necessary to tell a story, label it” and “Avoid undercover or other surreptitious methods of gathering information except when traditional open methods will not yield information vital to the public.”

At question in the case of the ACORN videos, and their dissemination by a slew of major media outlets from The Christan Science Monitor, to ABC is just this: Did the videos uncover something “vital to the public”?

Saunders in the San Francisco Chronicle argues that the ACORN videos are more akin to Borat-style movies than they are to traditional investigative reporting.

“Equipped with a video camera, conservative activists James O’Keefe, 25, and Hannah Giles, 20, sought the answer to this question: “What if a ‘prostitute’ and her alleged law school boyfriend walk into ACORN seeking housing for an underage brothel to fund his future congressional campaign?” Saunders says.

While she is thankful for the progress as a result of the pair’s sting reporting—“Congress should pass a measure ending federal funding for ACORN, and President Obama, who represented ACORN in a 1995 lawsuit, should sign it.”—Saunders still thinks the means to that end were inaccurate and unethical enough that they should not be lauded.

“I won’t join those who are hailing the enterprising O’Keefe and Giles for doing the sort of work ’60 Minutes’ should have done. There was so little fact-checking in this exercise that Fox News’ Glenn Beck ran a video in which a San Bernardino ACORN organizer said she had killed her husband – when she had not.”

None of the writers in the Newsline rundown happen to mention another key reason undercover journalism can be an ethical minefield: Sometimes it’s also illegal.

Maryland, where one of the videotaped ACORN offices is located, is a two-party state. Than means that in Maryland, both the recorder and the recordee have to consent to having their conversation taped. Since the ACORN recordings were done hidden-camera style, the filmmakers could be liable under Maryland law.

According to a WBAL report, the Baltimore city state’s attorney is investigating the matter and released information about potential penalties for the two if guilty:

“If it is determined that the audio portion now being heard on YouTube was illegally obtained, it is also illegal under Maryland Law to willfully use or willfully disclose the content of said audio.  The penalty for the unlawful interception, disclosure or use of it is a felony punishable up to 5 years.”