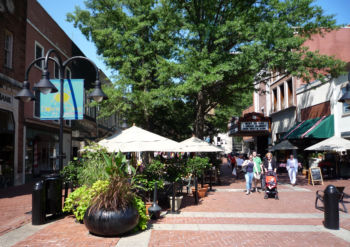 Two conservative websites, GotNews and Gateway Pundit, named the wrong person as the driver of the car that injured 19 pedestrians and killed Heather Heyer over the weekend in Charlottesville. James Alex Fields, who is 20, was charged with Heyer’s murder and other felonies. However, both sites claimed Joel VanGheluwe was the driver.

Now, VanGheluwe is considering filing a lawsuit against the sites. His attorney, Andrew Sommerman, told iMediaEthics he is representing the VanGheluwe family in this matter. “My client has retained my services in order to file defamation lawsuits against various alt-right news sites who either intentionally or recklessly caused them significant harm associated with their terrible stories,” he said by phone.

According to Sommerman, VanGheluwe’s father owned the car that killed Heyer from 2009 to 2012, before selling it. “The title for this car did run through my client’s name MANY years ago,” he said. “The worst thing they did was own a car.” Even worse, Sommerman said Joel VanGheluwe, the 20-year-old who was wrongly named, never owned the car, raising questions about how or why he was named. He suggested VanGheluwe was pinpointed because he had posted a few anti-Trump posts on Facebook in the past and alt-right sites wanted to disrupt any narrative blaming an alt-right person for the crash. The 20-year-old has been called a drug addict and described as “anti-borders,” Sommerman said, calling the statements “absolute politically motivated falsehoods in order to cast doubt into a story.”

In addition, the car had been sold or leased a few times after the family sold it and before Fields bought it, Sommerman said, noting the VanGheluwe family has had to leave their home because of death threats.

In reporting on the error, The Detroit Free Press didn’t name the man who was misidentified, to protect him from further threats. The Daily Beast said it wasn’t naming the innocent man either. iMediaEthics is naming him to correct the record so that Google searches show stories like ours and not just the ones falsely accusing him.

“We retracted within minutes of publication and we are deeply apologetic to Mr. Vangeheluwe,” GotNews’s owner Charles Johnson told iMediaEthics by e-mail. Johnson didn’t respond to iMediaEthics’ questions asking if the site contacted the police or the VanGheluwes for verification or how the error occurred. GotNews’ story was headlined, according to the Daily Beast, “BREAKING: #Charlottesville Car Terrorist is Anti-Trump, Open Borders Druggie.”

In 2015, Johnson was suspended from Twitter after tweeting he was focusing on “taking out” Black Lives Matter activist Deray McKesson. In 2014, he attempted to identify an alleged rape victim, “Jackie” from the discredited Rolling Stone article “A Rape on Campus,” but identified the wrong woman, also a rape victim.

In a post on its website, GotNews retracted its inaccurate identification, but did misspell VanGheluwe’s name and give his wrong age. The Aug. 12 retraction stated in part,

Gateway Pundit posted a tweet with the wrong man listed as the driver, telling the Free Press “it was a bad story” and “we took it down in 5 minutes.” iMediaEthics has written to Gateway Pundit to ask if it has heard from VanGheluwe’s lawyer.