GQ UK must pay £10,000 for Contempt over Phone Hacking Story 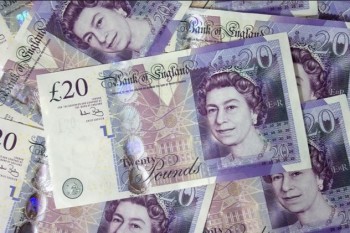 In November 2015, GQ UK was found to be in contempt of court for publishing an April 2014 article, “Hacking Exclusive! Michael Wolff at the Trial of the Century,” about the phone hacking trial while it was still ongoing, as iMediaEthics reported at the time.

A spokesperson for the UK Attorney General’s Office sent iMediaEthics this statement:

“The Lord Chief Justice ruled that GQ Magazine was in contempt over an article they had published during the phone hacking trial and a £10,000 fine has been imposed.  While it is rare to bring proceedings against publishers, the GQ article went against the most fundamental principle of our criminal justice system; namely that everyone is entitled to a fair trial.”

In addition to the fine of £10,000, GQ UK’s publishers had to pay an additional sum of about £50,000 for the Attorney General’s legal fees, the Press Gazette reported.

Conde Nast’s lawyer, Adam Wolanski, argued that GQ UK had been careful before publication and that there hadn’t been any major “consequences” for the trial because of the article, The Guardian noted.

As iMediaEthics wrote last November, GQ had been concerned about the possibility of being found in contempt and tried to avoid breaking any contempt guidelines.

In November, the attorney general complained the magazine’s article was in contempt because of four specific issues in the articles, three of which related to Rupert Murdoch — suggestions that he “knew about the phone hacking,” paid for phone hacking defenses to protect himself, and that former News of the World editor Andy Coulson took the fall for Murdoch. The fourth issue the attorney general was concerned with related to the suggestion that former News International CEO Rebekah Brooks was trying to protect her career during the trial.

Coulson was found guilty in 2014 of a phone hacking charge and served five of the 18 months he was sentenced to in jail.  He was released in November 2014. Brooks was rehired by News Corp’s UK business, News UK, last year and wasn’t found guilty of phone hacking.

During the phone hacking trial, when the article was published, Brooks’ lawyers complained about the article, and when GQ UK found out it was under the attorney general’s investigation, the magazine pulled more than half of that issue’s copies from stands. “Nearly 100,000 copies of the edition were withdrawn from sale and destroyed after concerns were raised,” according to the Press Gazette.

GQ UK must pay £10,000 for Contempt over Phone Hacking Story