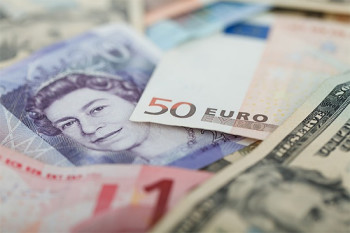 Even though it’s not normally acceptable to pay a criminal to write about their crimes, the now-shuttered Press Complaints Commission decided it was OK for The Guardian to pay ex-con and former politician Chris Huhne.

A reader complained about Huhne, who resigned in 2012 as a member of Parliament after being charged with perverting the course of justice.  Huhne had his then-wife Vicky Pryce take responsibility for a speeding ticket for which he was guilty in 2003. Pryce revealed, after learning Huhne was cheating on her, that she lied back in 2003 to protect Huhne. Both were jailed, as iMediaEthics previously wrote.

Huhne’s May 4 article for The Guardian was titled “Yes I was guilty but I was prosecuted on the basis of Constance Briscoe’s deception” and discussed a judge, Constance Briscoe, a witness at Huhne’s trial who was also found guilty of perverting the course of justice. Both Pryce and Huhne are now out of prison and Briscoe was removed as a judge after her May jailing, the BBC reported.

The Press Complaints Commission was replaced this month with the new Independent Press Standards organization. Its code advised against journalists paying criminals. After a reader complained, the PCC looked into the issue and decided it was OK to pay Huhne for several reasons, including that the column didn’t “glorify Mr Huhne’s crime or crime generally.”

“While the article discussed Mr Huhne’s experiences, it did not focus on his crime; rather, he commented on Ms Briscoe’s conviction, the role her evidence had played in his prosecution, and his broader concerns about the criminal justice system,” the PCC ruled.

Further, the PCC noted that Huhne had a contract for numerous articles for The Guardian, so the the newspaper wasn’t paying him specifically to write about his crime. And, after someone complained, Huhne “waived the particular portion of his fee” he earned for the article on crime, The Guardian noted in its own report on the ruling.

The Daily Mail was accused of invading the privacy of Huhne’s partner, Carina Trimingham, in 2010.

Huhne’s ex-wife, Vicky Pryce, complained to the PCC in 2013 after the Telegraph published photos of her in prison but the PCC ruled that the photos weren’t invasive.