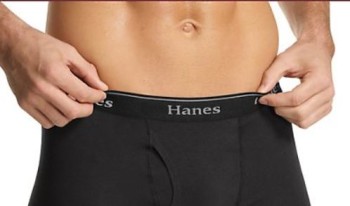 The website Knitting Industry and North Carolina’s Triad Business Journal both falsely reported this month that Hanesbrands was shutting down a number of its plants and firing a large number of workers.

According to a Sept. 12 retraction from Billy Hunter, Knitting Industry site editor, “the story was found to be completely incorrect and untrue and based on a publishing error by a US based news source.”

The article, which iMediaEthics found through a Google cache, sourced the claims to “media reports” including ABC News and was credited to editor Hunter. iMediaEthics found the ABC News article in question and discovered that Knitting Industry’s report was actually based on real news, although that news was six years old. The ABC News article was actually an Associated Press article published on ABC News’s website back in 2008.

The AP and other media outlets reported on the closure of nine plants and firing of “almost 12% of its work force” that took place six years ago.

The Associated Press article, published on the ABC News website, “Hanesbrands to cut 8,100 jobs, add production in Asia” doesn’t have a dateline. But the news was reported in September 25, 2008 on the Chicago Tribune‘s website and published on other sites that same month.

It’s possible that Knitting Industry saw the old AP story from the Greensboro, NC-based Triad Business Journal, which also reported on Sept. 11, 2014 about the old news. That story has also been unpublished but iMediaEthics found it from a Google cache. While the Triad Business Journal story was dated Sept. 11, 2014 at 10:13 AM, the Knitting Industry story only says it’s from Sept. 11 with no timestamp.

iMediaEthics has asked Knitting Industry where the old news came from and what prompted the take-down.

iMediaEthics has asked the Triad Business Journal if it published a correction and how it came across the old news. We’ve also reached out to Hanes for comment.