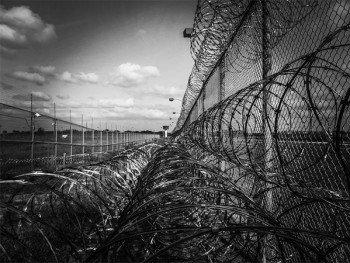 New York Times reporter James Risen failed to win an appeal to the U.S. Supreme Court to protect his anonymous source for his 2006 book State of War.

Risen’s source told the reporter about Operation Merlin, a “top secret operation to damage Iran’s nuclear program,” according to The Guardian. The government thinks the source was former CIA officer Jeffrey Sterling, who it has charged with breaking the Espionage Act.

Last year, the 4th U.S. Circuit Court of Appeals ruled that Risen has to testify. The Supreme Court said June 2 that it did not accept his appeal, Reuters reported. “The appeals court ruled that there is no ‘reporter’s privilege’ under the First Amendment’s guarantee of freedom of speech, meaning journalists do not receive special treatment,” according to Reuters.

Risen said he will take jail time, out of an ethical value to protect his source, instead of identifying his source, ABC News said.

Risen’s lawyer Joel Kurtzberg told iMediaEthics by e-mail, “We are disappointed that the Court declined to hear our case.  The ball is now in the government’s court.  The government can choose not to pursue Mr. Risen’s testimony if it wants to.  We can only hope now that the government will not seek to have him held in contempt for doing nothing more than reporting the news and keeping his promises to his source(s).”

According to The Guardian, the timeline of the government’s battle to get Risen’s sources follows:

In a related development, U.S. Attorney General Eric Holder said last week, “As long as I am attorney general, no reporter is going to go to jail for doing their job,” ABC News reported. Holder had in 2011 “approved a subpoena of Risen requiring him to testify,” the Los Angeles Times reported.

The Washington Post, the Associated Press, Reuters and several other media outlets filed a “friend-of-the-court brief” on Risen’s behalf in 2012, as iMediaEthics wrote at the time.

Just last week the Supreme Court decided not to take a case that could force Fox News’ Jana Winter to identify her sources in reporting on James Holmes, the accused shooter in the Dark Knight Rises 2012 Colorado theater shooting, as iMediaEthics wrote.

The New York Court of Appeals ruled last year that she didn’t have to identify her sources, but Holmes’ lawyers appealed to the Supreme Court. The Supreme Court left in place the appeals court ruling.