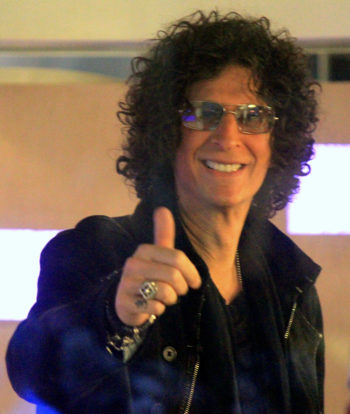 On Howard Stern’s radio show this morning they played a clip of a female from the Dennis Miller show. Stern identified the voice as that of California columnist Cathy Seipp. Stern wasn’t sure if the voice was Seipp, incredulously identifying her as a comedian and mispronouncing her name “Sepp.”

The female, who Stern (correctly) guessed was Seipp (pronounced “sipe”) after seeing a female name on the guest list, said that it was unlikely Stern’s show being pulled from Clear Channel radio stations would mobilize voters, as Stern’s demographic was 18-34-year-olds, whose apathy would make it difficult to get off the couch.

Stern shot back and said he didn’t see anyone “getting off the couch for her (Seipp’s) show.”

Cathy Seipp wrote of her appearance, “I didn’t get to talk about the one topic I actually knew something about: the continuing FCC fallout story. The producers had four subjects on the slate for the Varsity Panel discussion: Richard Clarke and the 9/11 Commission; tourism in the wake of terrorism; gay marriage; and the FCC. Of course tourism was really the only topic up NBC travel correspondent Peter Greenberg’s alley, so a lot of time was taken up with him on that.”

“I’m not exactly a 9/11 expert. So I ended up as The Person Holding Forth On Gay Marriage… It’s lucky we got to three of the four topics, though; the producers said usually they only get to two.”

Although Stern attacked her as an enemy of the fight against the crackdown against free speech, Seipp seems to have been mischaracterized, especially since Stern was unaware if the clip was of Seipp, whose background beyond a single appearance on the Varsity Panel portion of Miller’s show appears to not have been checked out by Stern’s show. Seipp assisted a grass-roots movement earlier in March to withhold funds from Santa Monica radio station KCRW in retaliation for the firing of her friend Sandra Tsing Loh.

Seipp wrote in a National Review article, “Loh, the popular author and monologuist [was] fired March 1 from the Los Angeles NPR-affiliate KCRW because an engineer forgot to bleep a four-letter word from a prerecorded segment.” On March 7, Seipp quoted some “good posts” from journalist Matt Welch’s blog when he wrote “No, [the Loh case] isn’t a Major Pressing Issue in the grand scheme of things. But free expression is something I’d hope that journalists, at minimum, would be keen on expanding, not contracting.” Seipp wrote on March 3, “I think the problem is not really the FCC, but broadcasters overreacting to the FCC.”

Seipp says, “I guess he thought I was a comedian because it was just an offhand wisecrack and it got a laugh.

“It’s true that young people vote less than older people. I wrote a piece on this for FrontPageMagazine.com called a couple of months ago on that very subject … this doesn’t mean that ALL Howard Stern listeners don’t vote. But, as Robert DeNiro as Al Capone in “The Untouchables” once said … “You know, we laugh at something because it’s funny, and we laugh at something because it’s true.”

Seipp said she was “flattered to be mentioned on Howard Stern’s show.”